Gallup’s U.S. Economic Confidence Index climbed to -8 in November, the highest monthly reading in nearly a year and a half. The index in November essentially matches the post-recession high of -7 in May 2013. 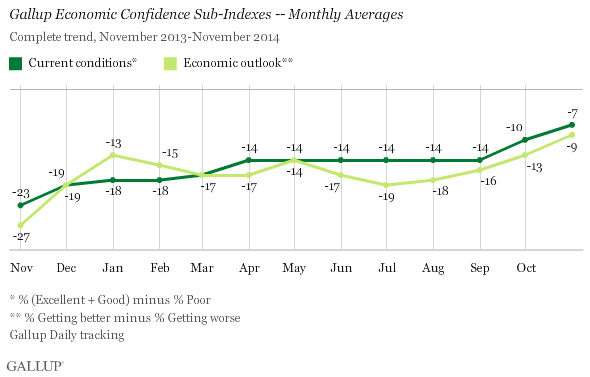