Gallup’s U.S. Economic Confidence Index remained flat in June with a monthly average of -15, after rising to -14 in May. Monthly index scores have hovered near this point for most of 2014. This is very different from the index in the first half of 2013, which rose from -16 in February to a five-year high of -7 in May. 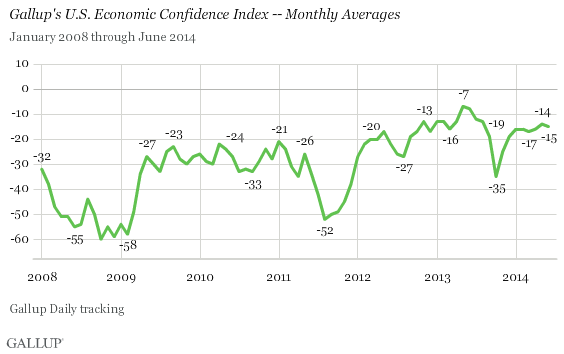