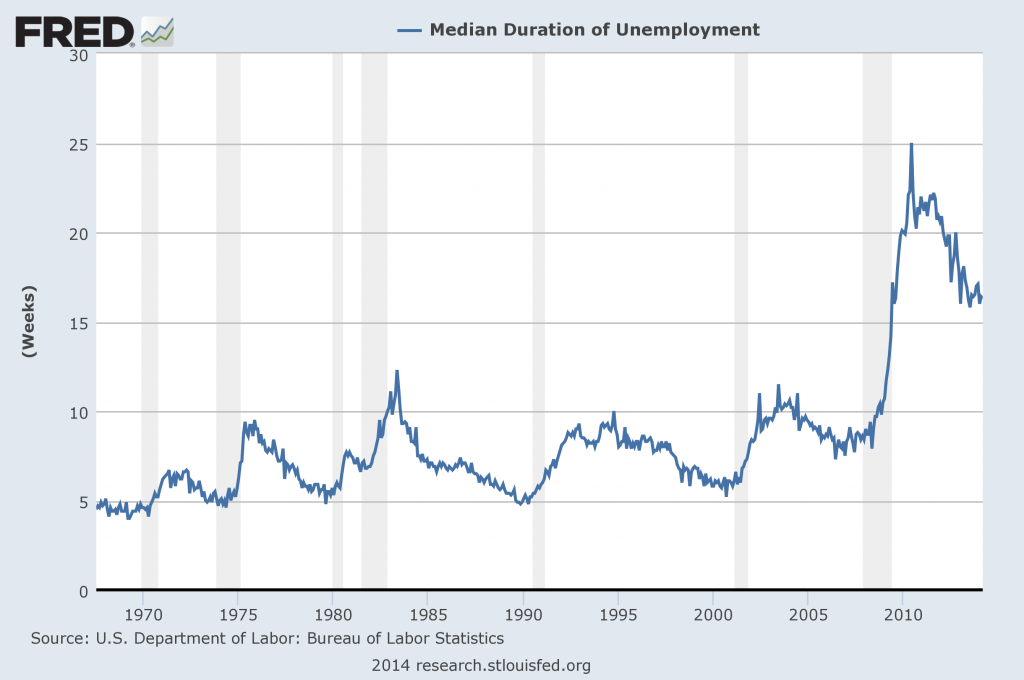 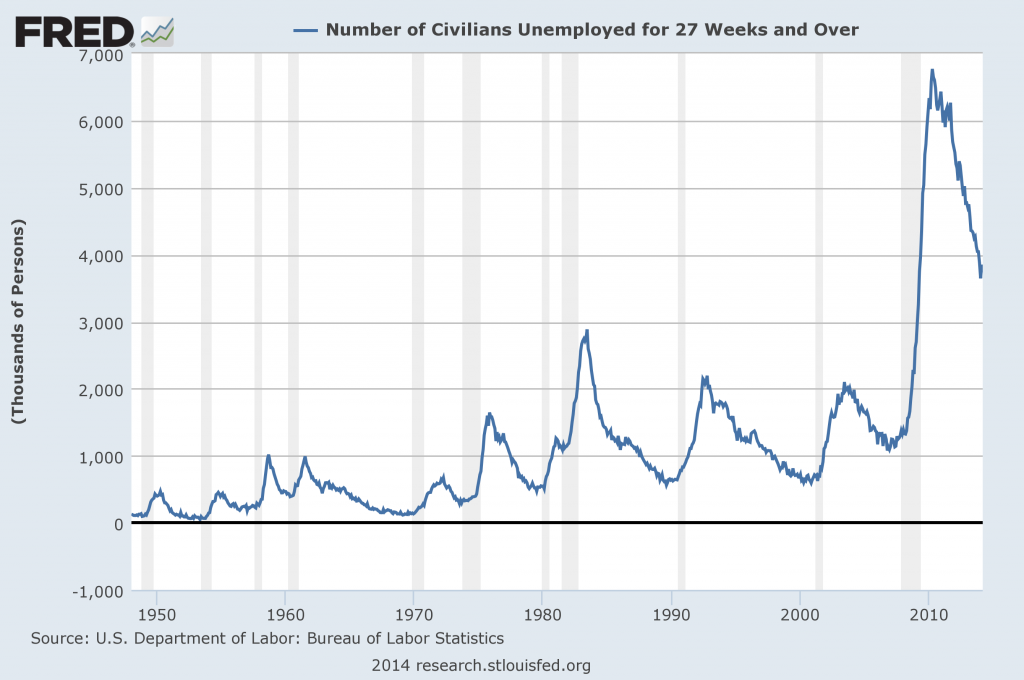 Lastly, a chart from the CalculatedRisk.com site, from the April 4, 2014 post titled “March Employment Report:  192,000 Jobs, 6.7% Unemployment Rate.”  This shows the employment situation vs. that of previous recessions, as shown: 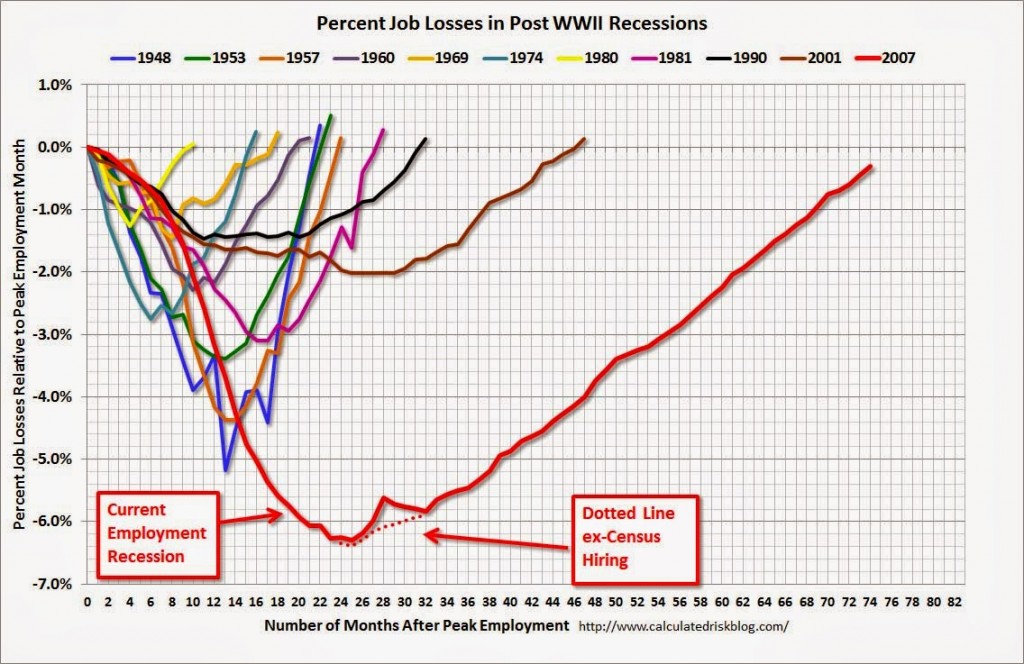