Gallup’s Economic Confidence Index averaged -17 in March, essentially the same as the -16 measured in January and February. 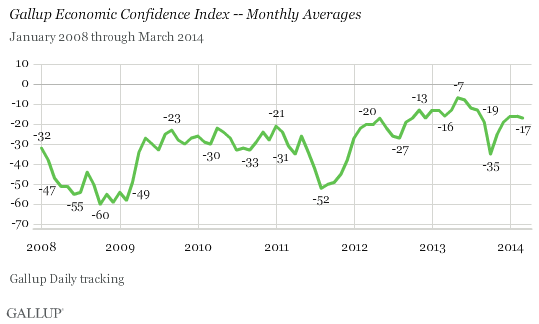