Gallup’s Economic Confidence Index was -16 for the month of February, the same as in January. February marked the end of consecutive monthly increases in economic confidence after a dramatic drop amid the federal government shutdown in October. 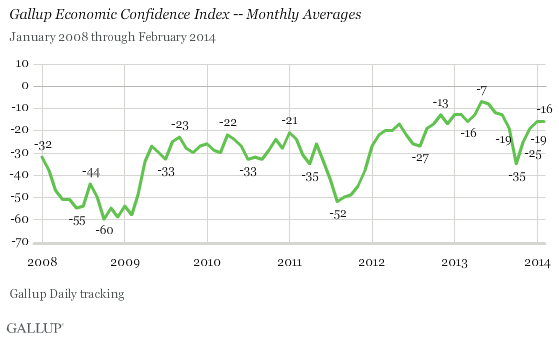