In this post I would like to highlight various areas which I believe indicate excessively positive sentiment and related measures indicating “froth” in the stock market.

From a general standpoint, there doesn’t appear to be much – if any – of a “wall of worry.”  Any type of significant apprehension on the part of stock market investors appears lacking.  Additionally, there seems to be an attitude that additional QE measures preclude any substantial, lasting economic and/or financial market adversity.

From a specific standpoint, there is an extensive list of  indicators showing a high level of “frothiness” and other excesses in the stock market.  Many of these indicators are at either all-time record levels, or are at levels which occur only a few times over a decade (or decades.)

While the full list of these indicators is exceedingly lengthy, a sampling of such indicators includes the following: 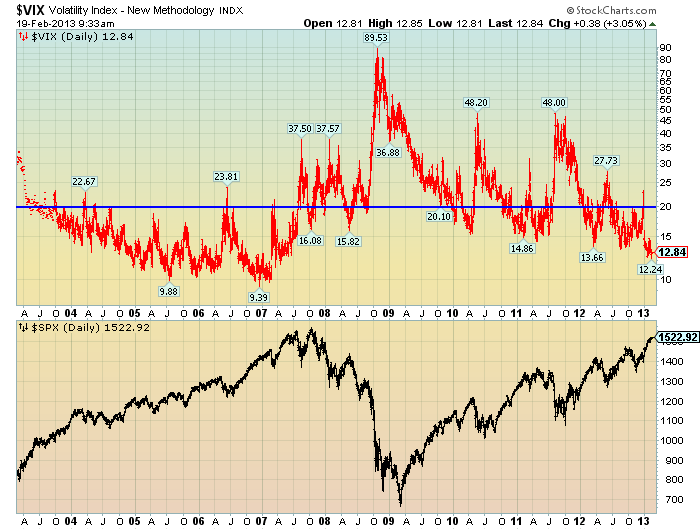 While excessive sentiment and signs of stock market “froth” are not necessarily “proof” of a coming near-term correction or impending calamity, history indicates that such market excess in itself constitutes a dangerous condition.  This is especially notable when combined with an array of other economic and financial perils, as featured throughout this blog.