The Index of Small Business Optimism fell by .2 point in July, to 92.2.

Dipping for a second consecutive month, after ending several months of slow growth, the Small Business Optimism Index gave up 0.2 points, falling to 91.2. The decline, while less anticipated given the Supreme Court decision on the health-care law and a flurry of activity surrounding the fiscal cliff, still leaves owner optimism disturbingly low and at recession levels.

According to July’s report, more owners indicated that they expect business conditions will be worse (and not improved) in six months, and more owners expect real sales volumes to be lower than those who expect them to be higher in three months. This in part explains the lack of any need to hire more workers or to buy new inventory. Job creation plans are historically very low; only five percent of owners think the current period is a good time to expand.

While “poor sales” has been eclipsed by other concerns as the top business problem, it still remains the No.1 issue for 20 percent of owners surveyed. 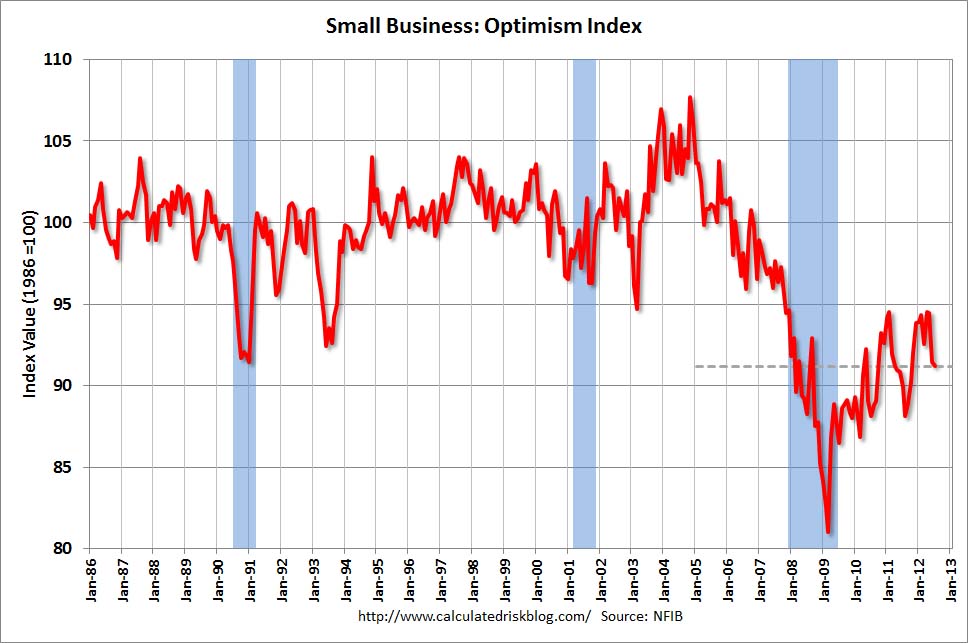