In his Friday interview to CNBC, Lakshman Achuthan commented about the the velocity of money.  The excerpt from the transcript:

For those unaware of the concept of the velocity of money, here is a definition as seen on the St. Louis Federal Reserve website:

Velocity is a ratio of nominal GDP to a measure of the money supply. It can be thought of as the rate of turnover in the money supply–that is, the number of times one dollar is used to purchase final goods and services included in GDP.

Here are three charts from the St. Louis Fed depicting the velocity of money in terms of the MZM, M1 and M2 money supply measures.  All charts reflect quarterly data through the end of 2011, and were last updated as of January 27, 2012.  As one can see, two of the three are at or very near to all-time lows, as Lakshman Achuthan mentioned: 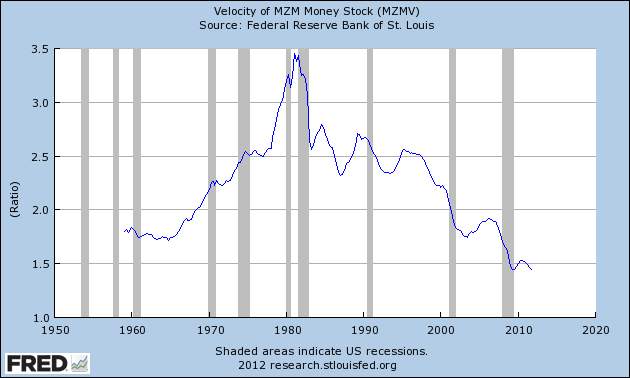 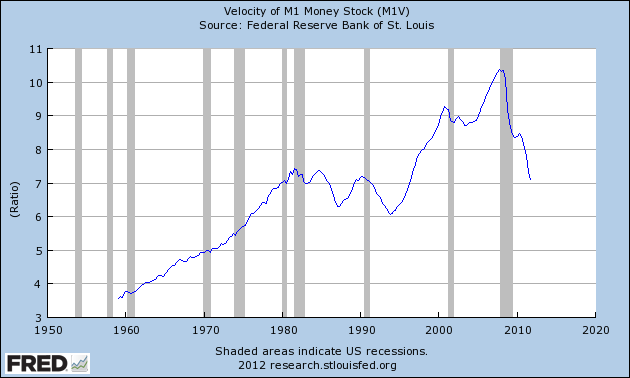 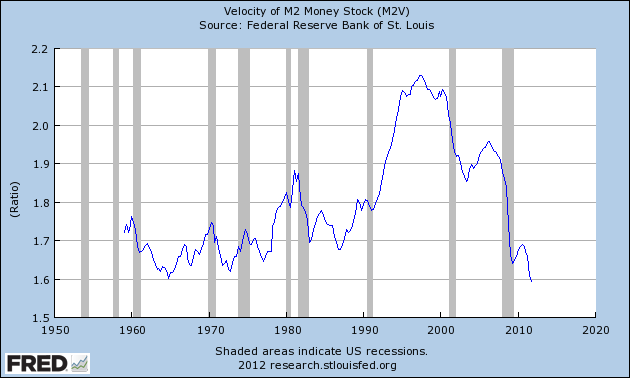