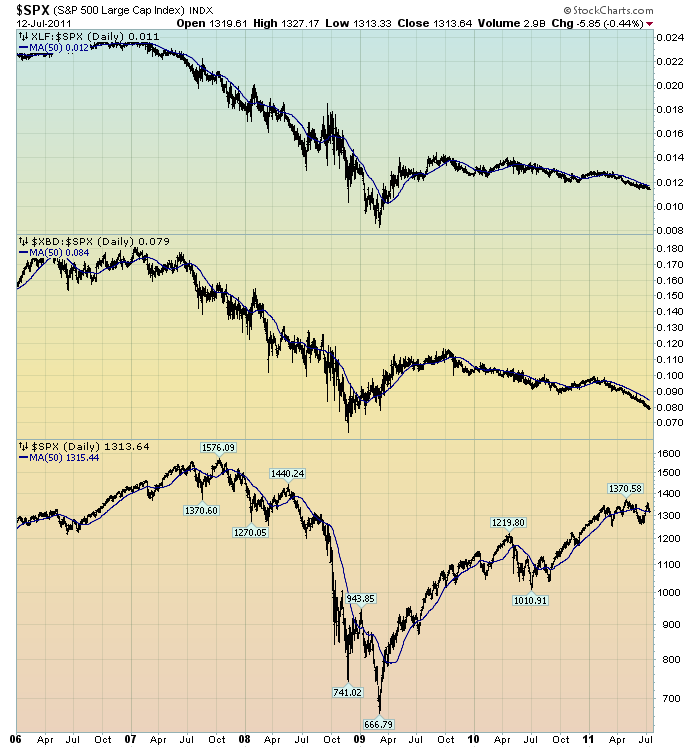 The above chart is depicted on a daily basis, LOG scale, since 2006.   On each of the three plots, a blue line depicts the 50dma for perspective.