As I have commented previously, most notably in an October 6 post, in my opinion the official methodologies used to measure the various job loss and unemployment statistics do not provide an accurate depiction.  However, I believe that the following charts provide an interesting perspective of the officially-stated  employment situation from a long-term historical perspective. 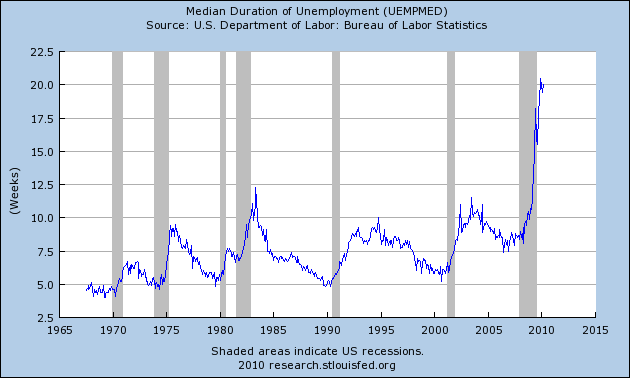 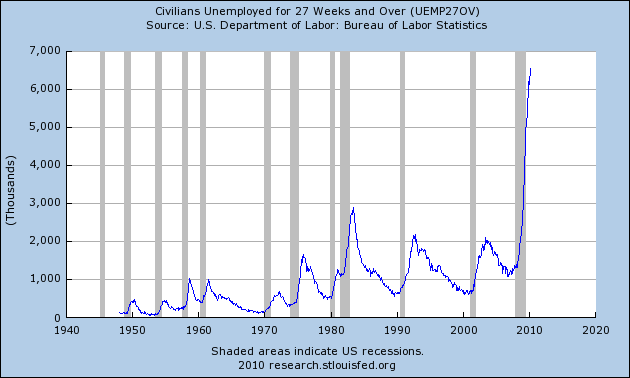 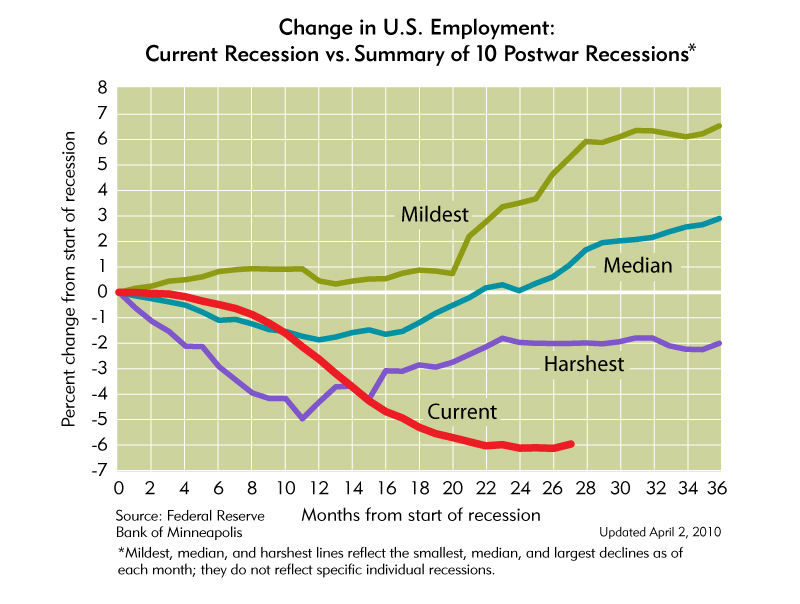 Back in July 2009 I wrote a series of blog posts titled “Why Aren’t Companies Hiring?”