With the recent unveiling of the proposed FY2011 budget, I would like to make a few comments with regard to budget deficits and federal expenditures. 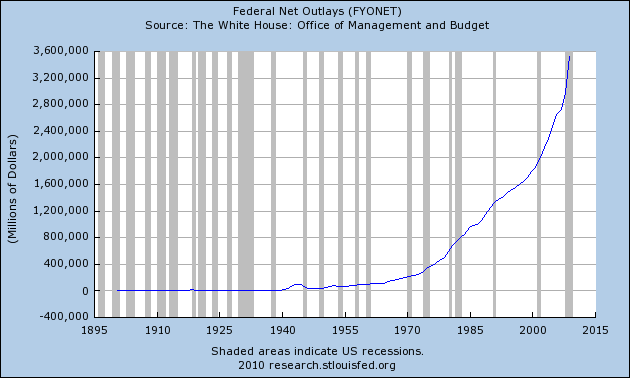 A February 1 Wall Street Journal article concerning the FY2011 proposed budget noted the deficit in the proposed budget would shrink from $1.6 trillion this year to $700 billion (4% of GDP) in 2013.

Various underlying economic assumptions from which this future deficit figure is derived can be found here:

I believe these assumptions are rather sanguine – even if one believes that we are in a sustainable recovery.

Our nation has a long history of being far too optimistic during budgeting.  This appears to be yet another example in-the-making.  What is particularly disconcerting in this instance is that even if these economic assumptions are met, there is still a $700 billion shortfall in 2013.  This deficit level does not continue to decrease after 2013, as seen in the budget.