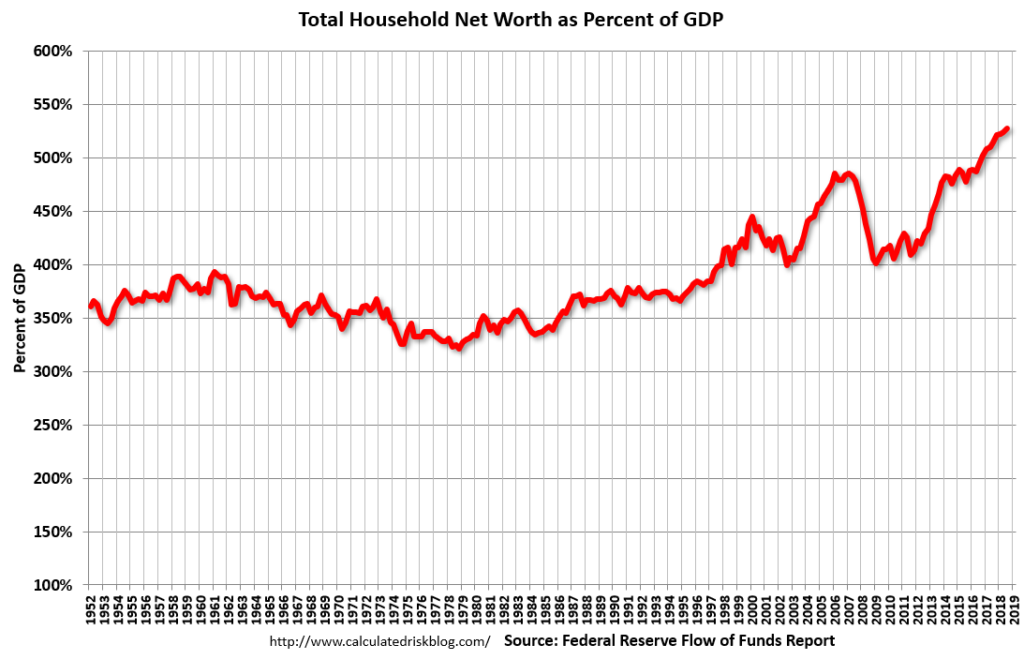 The net worth of households and nonprofits rose to $109.0 trillion during the third quarter of 2018. The value of directly and indirectly held corporate equities increased $1.2 trillion and the value of real estate increased $0.2 trillion.