While many U.S. economic indicators – including GDP – are indicating economic growth, others depict (or imply) various degrees of weak growth or economic contraction.  As seen in the October 2018 Wall Street Journal Economic Forecast Survey the consensus (average estimate) among various economists is for 3.1% GDP growth in 2018 and 2.4% GDP growth in 2019.  However,  there are other broad-based economic indicators that seem to imply a weaker growth rate.

“Total Federal Receipts” through October had a last value of $252,692 Million.  Shown below is  the measure displayed on a “Percent Change From Year Ago” basis with value 7.4%, last updated November 13, 2018: 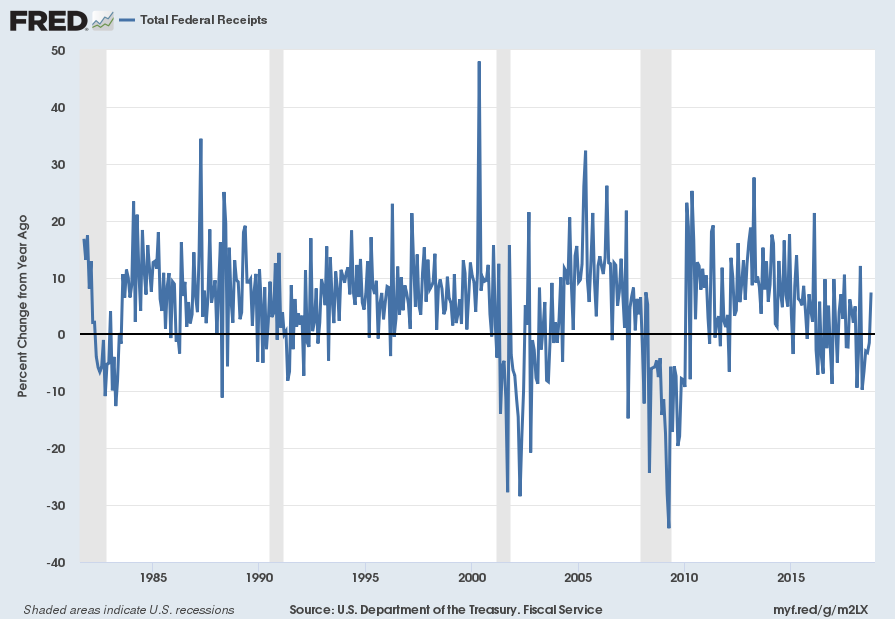 As seen in many measures the problem is chronic (i.e long-term) in nature.

Shown below is a chart depicting the 12-month percent change in real average weekly earnings for all employees from January 2008 – September 2018.  As seen in the chart below, growth in this measure over the time period depicted has been intermittent, volatile, and, especially since 2017, weak: 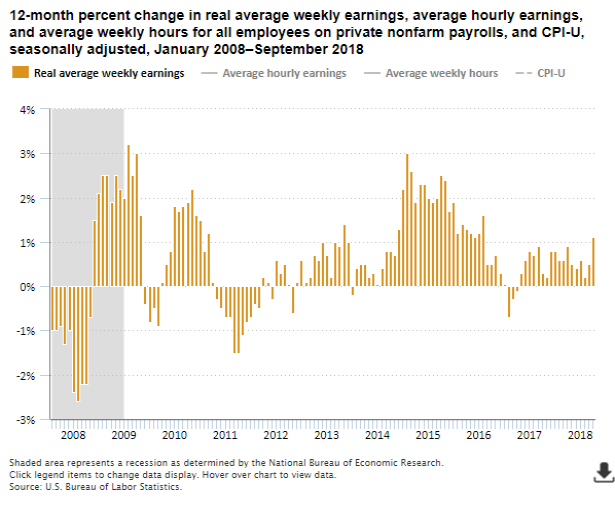 While there are many charts that can be shown, one that depicts a worrisome trend is the  Civilian Labor Force Participation Rate for those with a Bachelor’s Degree and Higher, 25 years and over.  Among disconcerting aspects of this measure is the long-term (most notably the post-2009) trend, especially given this demographic segment.

The current value as of the November 2, 2018 update (reflecting data through the October employment report) is 73.4%: 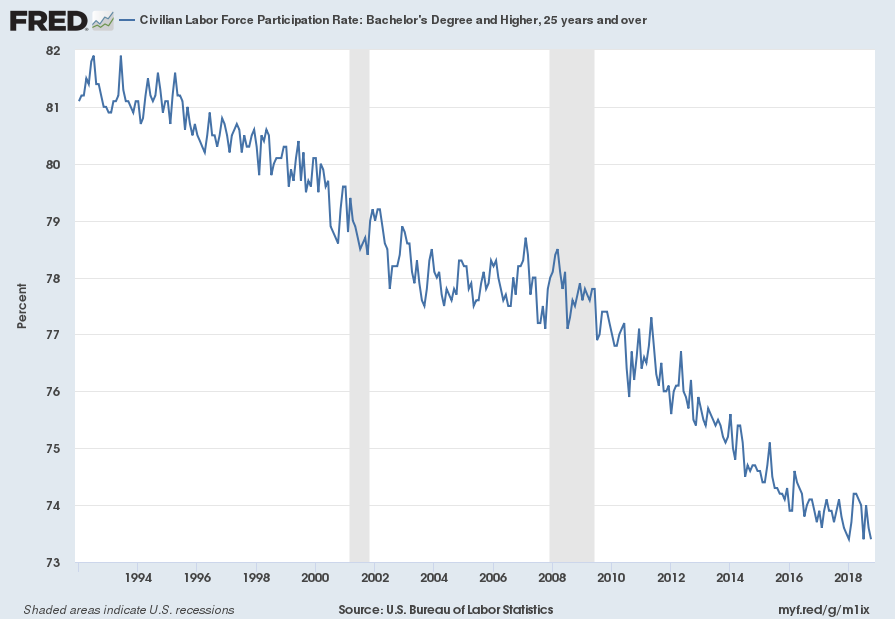 For numerous economic reasons, the number and price of homes sales, especially new home sales, is a very important aspect of the U.S. economy.