While many U.S. economic indicators – including GDP – are indicating economic growth, others depict (or imply) various degrees of weak growth or economic contraction.  As seen in the October 2018 Wall Street Journal Economic Forecast Survey the consensus (average estimate) among various economists is for 3.1% GDP growth in 2018 and 2.4% GDP growth in 2019.  However,  as discussed below, there are other broad-based economic indicators that seem to imply a weaker growth rate.

One GDP-based measure that is notable is that of the GDPplus measure from the Federal Reserve Bank of Philadelphia.

Shown below is the most recent update (from September 27, reflecting the GDP release for the 2nd Quarter of 2018, 3rd Estimate).  Of note is the divergence between the Real GDP (4.1%*, shown in orange) and the GDPplus measure (2.0%*, shown in light blue): 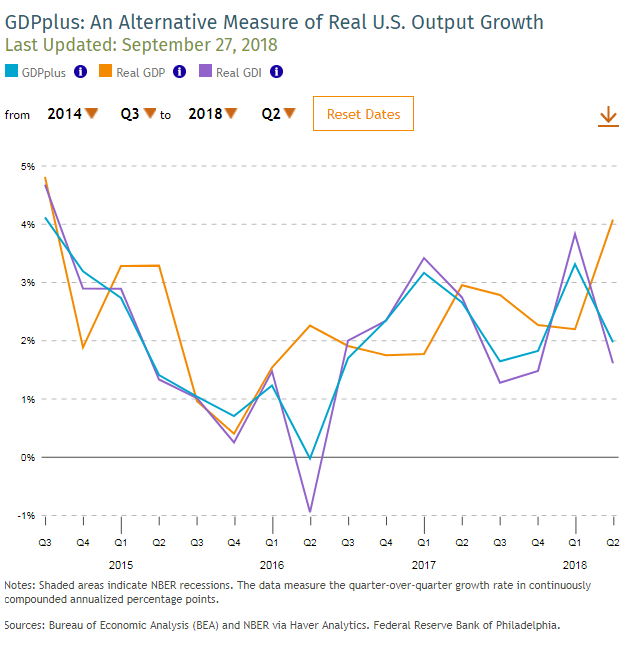 While the 2nd quarter GDP (3rd Estimate)(pdf) was 4.2%, there are other broad-based economic indicators that seem to imply a weaker growth rate.

Among the broad-based economic indicators that imply weaker growth is that of the Aruoba-Diebold-Scotti Business Conditions Index (ADS Index.)  Below is a two-year chart of the index through October 6, 2018, with a value of -.0323, as of the October 11 update: 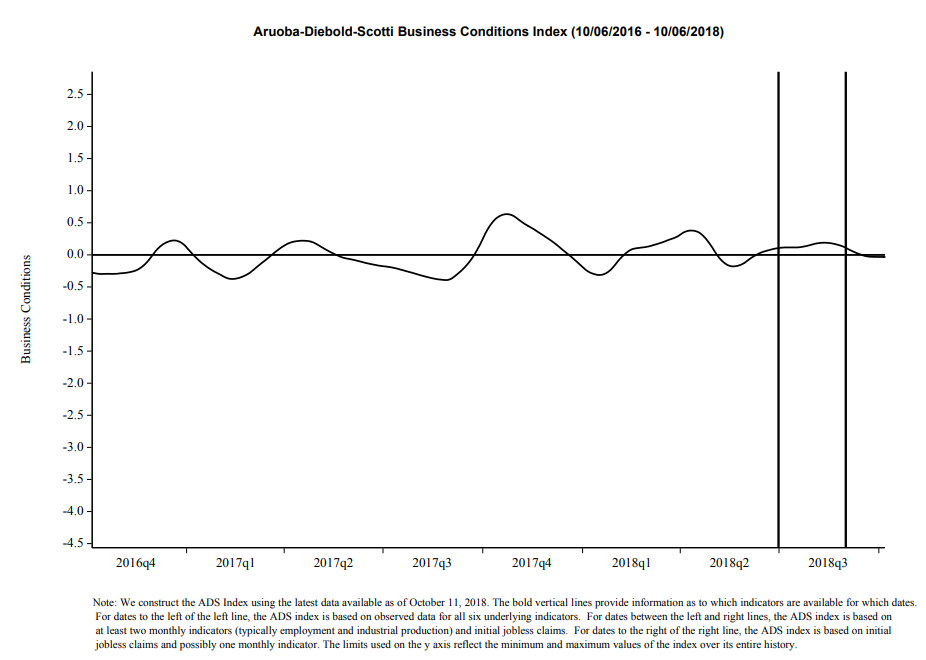 As discussed in previous posts, I believe that many factors indicate that auto sales have peaked.  While this peaking will have extensive economic implications, there are many other factors concerning auto sales that are worrisome.  While an exhaustive discussion of the topic would be exceedingly lengthy, various notable factors include the degree to which (ultra-) cheap financing and relaxed financing terms are aiding sales, as well as various aspects of pricing and discounting.

Shown below is a 3-year chart showing the performance of various auto stocks.  As one can see, there has been consistent weakness in these stocks (generally) since the beginning of 2018: 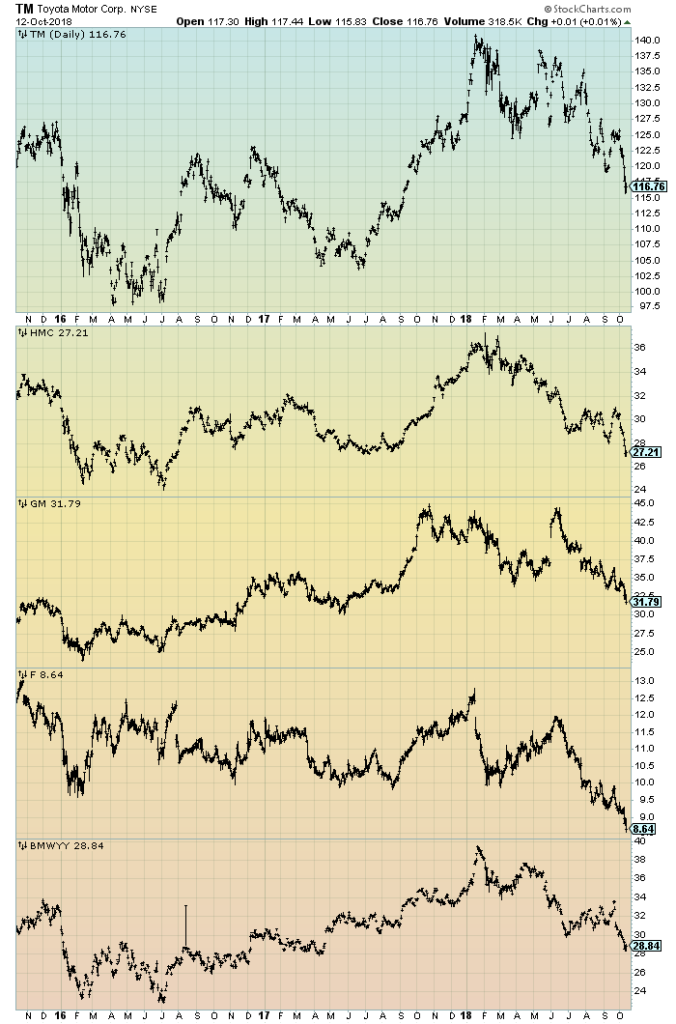 I continue to find the flagging growth trend in the “Vehicle Miles Traveled” (NSA) measure since 2015 to be notable.

“Vehicle Miles Traveled” through August had a last value of 286,654 Million.  Shown below is  the measure displayed on a “Percent Change From Year Ago” basis with value 1.2%, last updated October 12, 2018: 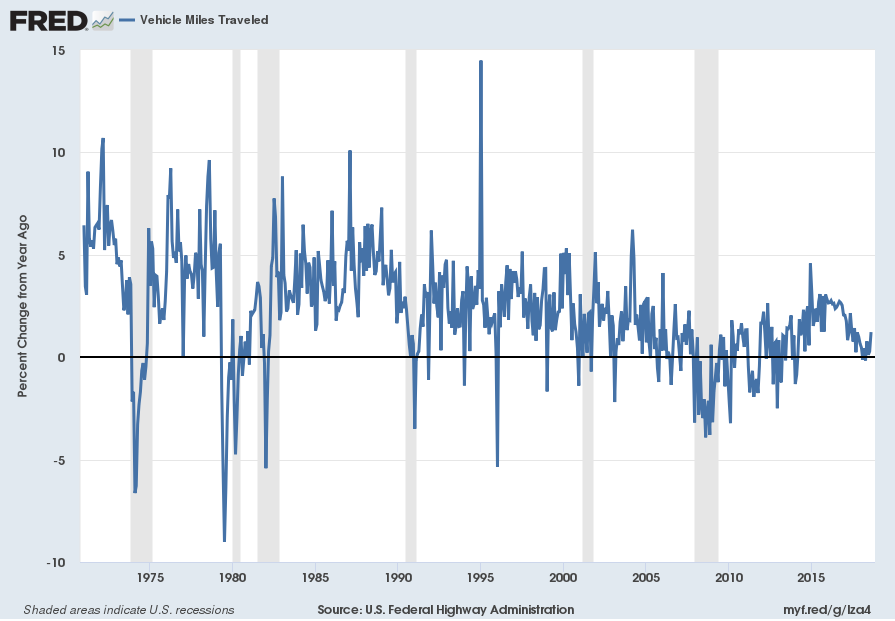 One recent development that appears to be an indication of problems in consumer spending is the performance of the consumer staples stocks.  As one can see in the chart below, there has been a marked relative weakness in these stocks (with the XLP serving as a proxy).  The chart shows a 10-year daily depiction of the XLP (top plot), the S&P500 (middle plot) and XLP:S&P500 ratio (bottom plot.)  While there can be various interpretations and reasons for this underperformance, it does appear to represent a “red flag” especially considering other problematical indications concerning consumer spending: