While many U.S. economic indicators – including GDP – are indicating economic growth, others depict (or imply) various degrees of weak growth or economic contraction.  As seen in the May 2018 Wall Street Journal Economic Forecast Survey the consensus among various economists is for 2.9% GDP growth in 2018.  However,  there are other broad-based economic indicators that seem to imply a weaker growth rate. 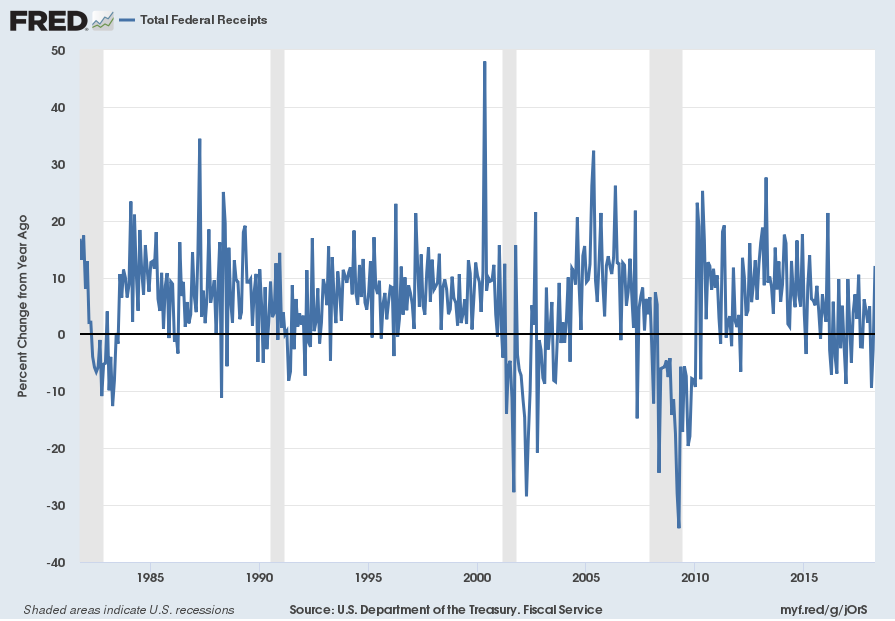 “Commercial And Industrial Loans, All Commercial Banks”  through April had a last value of $2162.8113 Billion.  The growth in such loans continues to be at a relatively low level.  Shown below is the measure displayed on a “Percent Change From Year Ago” basis with value 3.3%, last updated May 11, 2018: 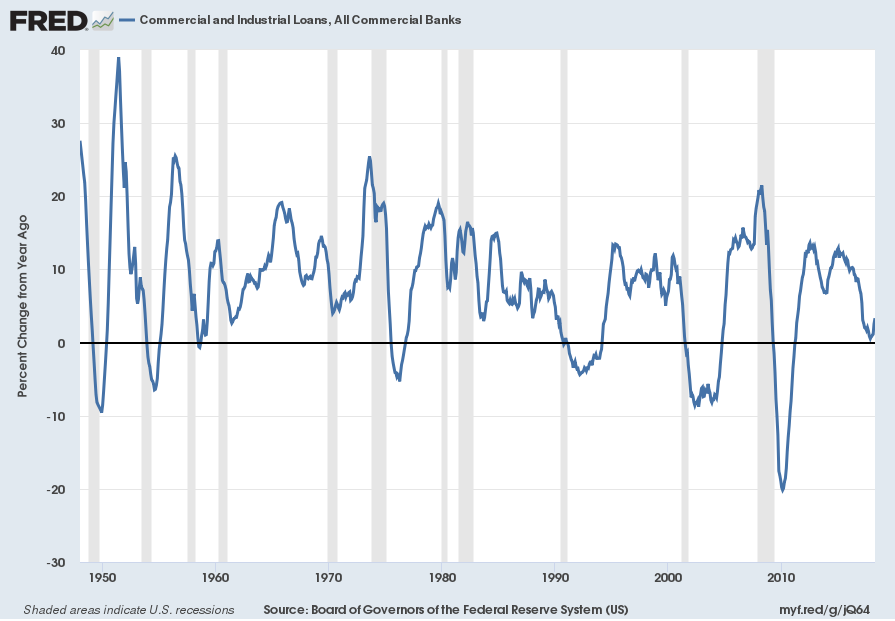 One recent development that appears to be a problematical aspect of consumer spending is the performance of the consumer staples stocks.  As one can see in the chart below, there has been a marked relative weakness in these stocks (with the XLP serving as a proxy).  The chart shows a 10-year daily depiction of the XLP (top plot), the S&P500 (middle plot) and XLP:S&P500 ratio (bottom plot.)  While there can be various interpretations and reasons for this underperformance, it does appear to represent a “red flag” especially considering other problematical indications concerning consumer spending: 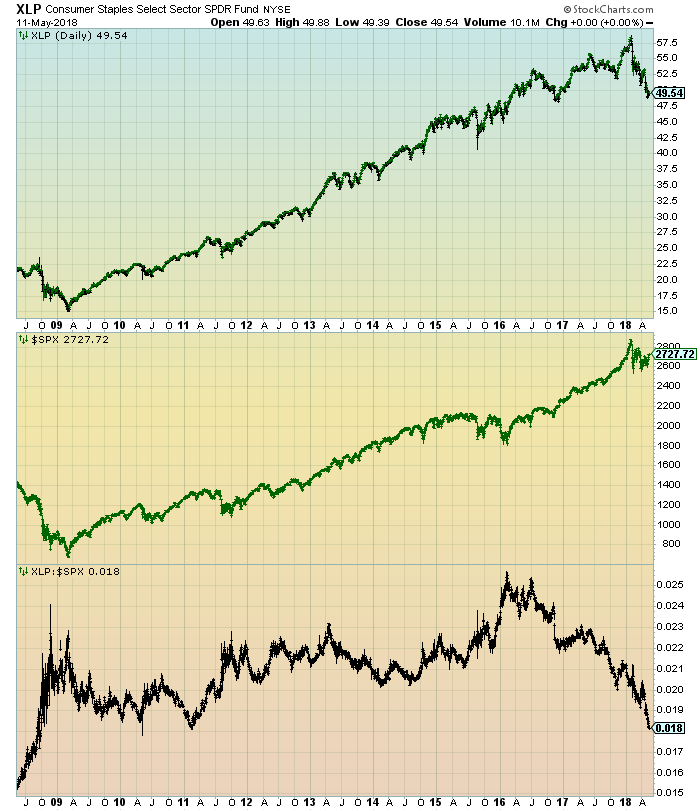 While I continue to have the stated reservations regarding the “yield curve” as an indicator, I do believe that it should be monitored. 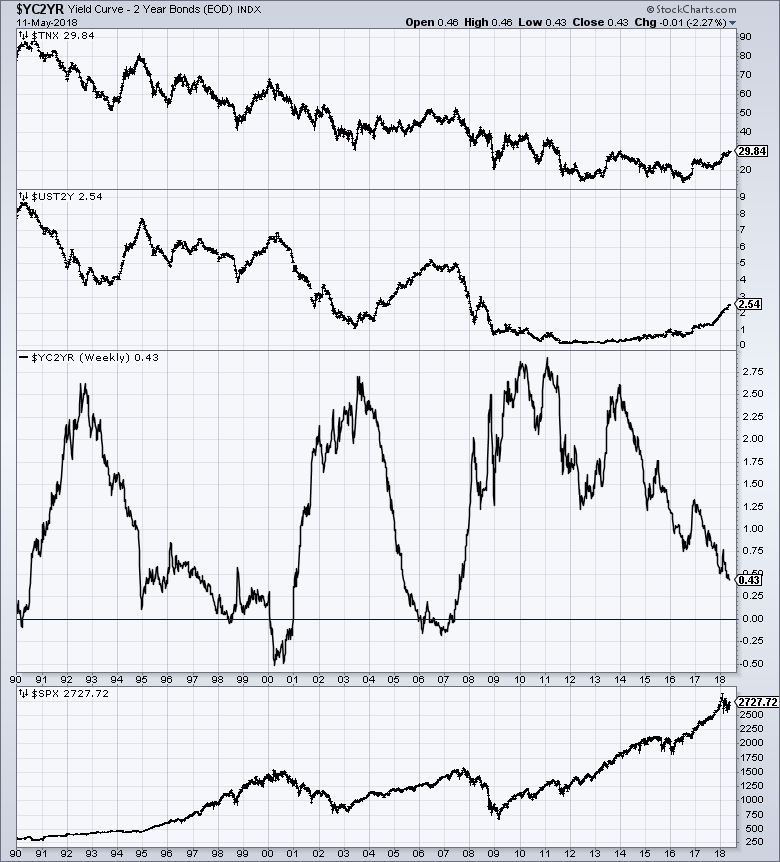 While there are many charts that can be shown, one that depicts a worrisome trend is the Employment Population Ratio for those ages 25 – 54 years.  The Employment-Population Ratio is the Civilian Employed divided by the Civilian Noninstitutional Population.  Among disconcerting aspects of this measure is the long-term (most notably the post-2000) trend, especially given this demographic segment.

The current value as of the May 4, 2018 update (reflecting data through the April employment report) is 79.2%: 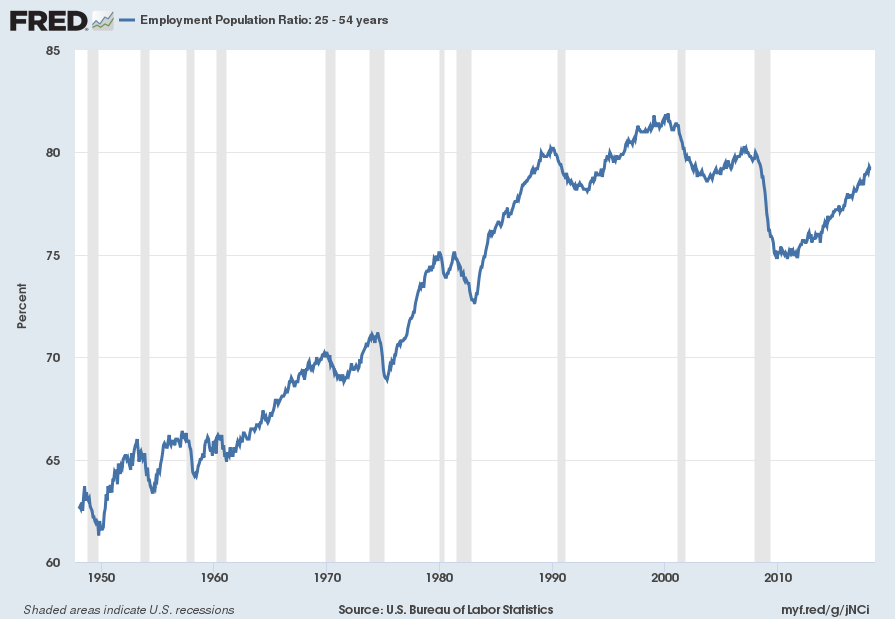 U.S. auto sales have experienced significant growth over the post-2009 period as seen in the chart shown below. The current reading (through April) is 17.069 million vehicles SAAR.  Of great economic importance is whether auto sales have peaked, which I believe has occurred, as well as other characteristics of the light vehicle market.  A long-term chart is shown below: 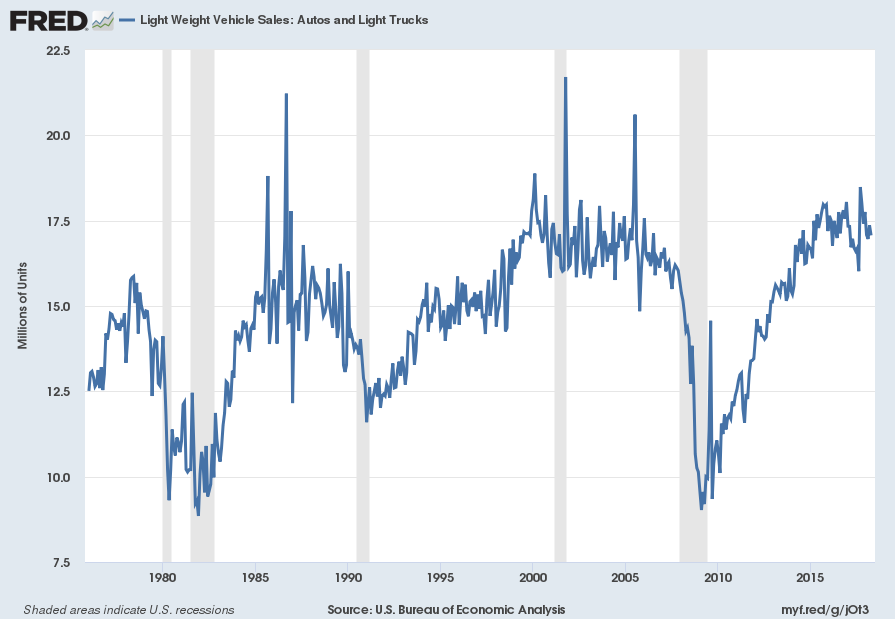 Here is the same measure on a “Percent Change From Year Ago” measure, with a current reading of .6% .  As one can see growth has been intermittent in nature since early 2016: 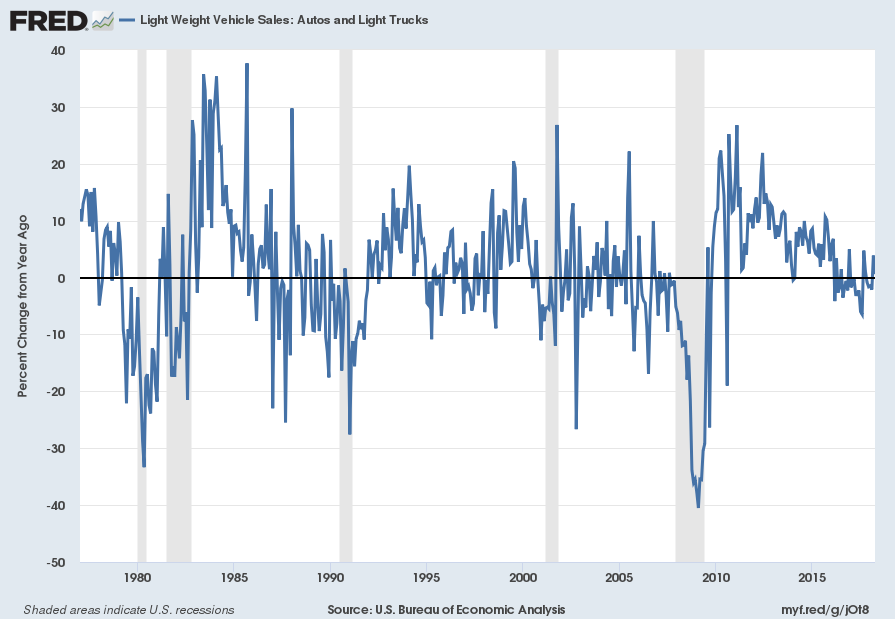 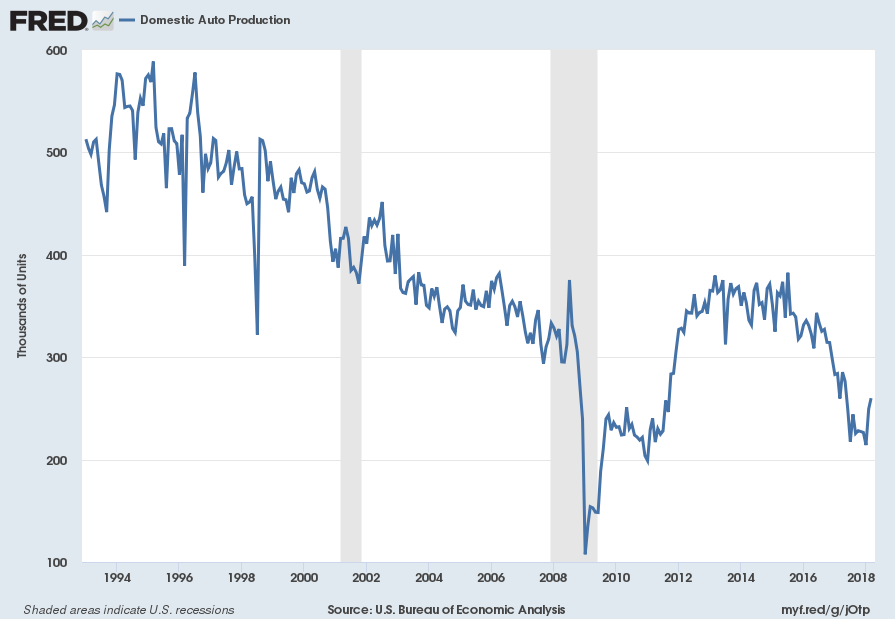