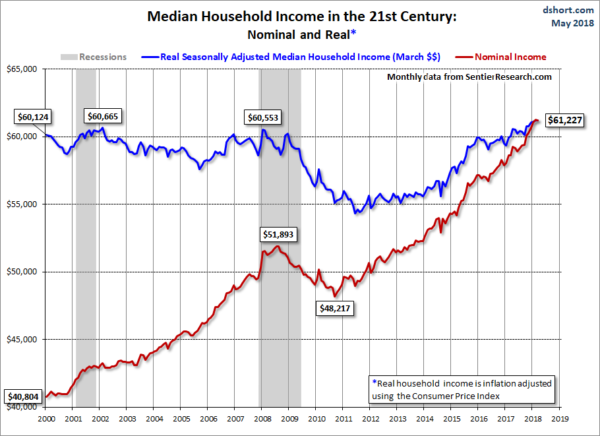 As mentioned in the aforementioned post, regarding the change in real median household incomes:

Among other items seen in his post is a chart depicting each of the two (nominal and real household incomes) data series’ percent change over time since 2000.