While many U.S. economic indicators – including GDP – are indicating economic growth, others depict (or imply) various degrees of weak growth or economic contraction.  As seen in the February 2018 Wall Street Journal Economic Forecast Survey the consensus among various economists is for 2.8% GDP growth in 2018.  However,  there are other broad-based economic indicators that seem to imply a weaker growth rate.

I have written extensively concerning unemployment, as the current and future unemployment issue is of tremendous importance yet in many ways is widely misunderstood.

My analyses indicate that the underlying dynamics of the unemployment situation remain exceedingly worrisome, especially with regard to the future.  These dynamics are numerous and complex, and greatly lack recognition and understanding, especially as how from an “all-things-considered” standpoint they will progress in an economic and societal manner.  I have recently written of the current and future U.S. employment situation on the “U.S. Employment Trends” page.

While there are many charts that can be shown, one that depicts a weak long-term growth trend is the “Employment Level: 25 to 54 years, Men” measure.  The current value as of the March 9, 2018 update (reflecting data through the February employment report) is 53.764 million: 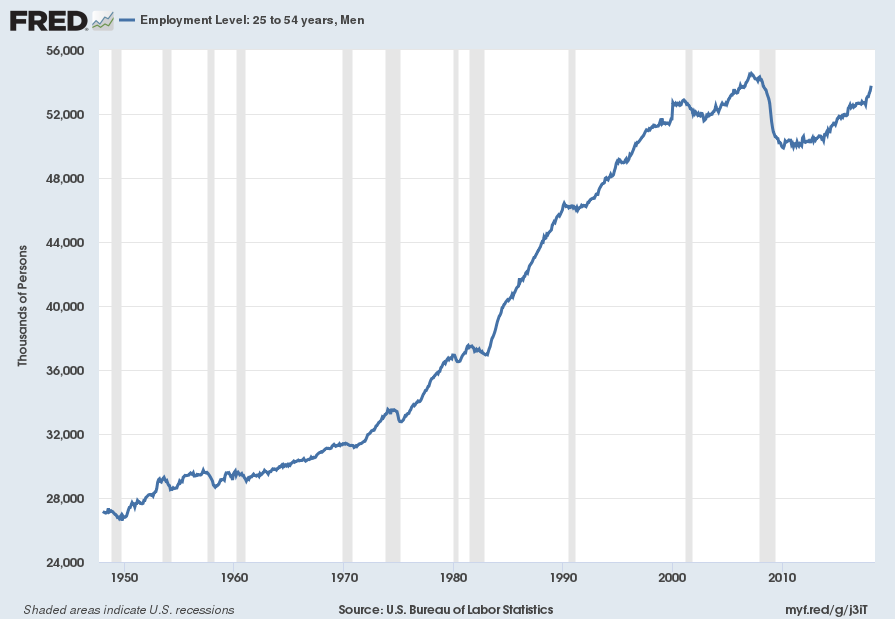 As seen in many measures, including that seen below, the problem is chronic (i.e long-term) in nature.  Shown below is the “Employed full time: Median usual weekly real earnings: Wage and salary workers: 16 years and over” measure.  The current value as of the January 17, 2018 update (reflecting data through the fourth quarter of 2017) is $345:

“Total Federal Receipts” growth continues to be intermittent in nature since 2015.  As well, it does not seem to confirm the (recent) levels of economic growth as seen in aggregate measures such as Real GDP. 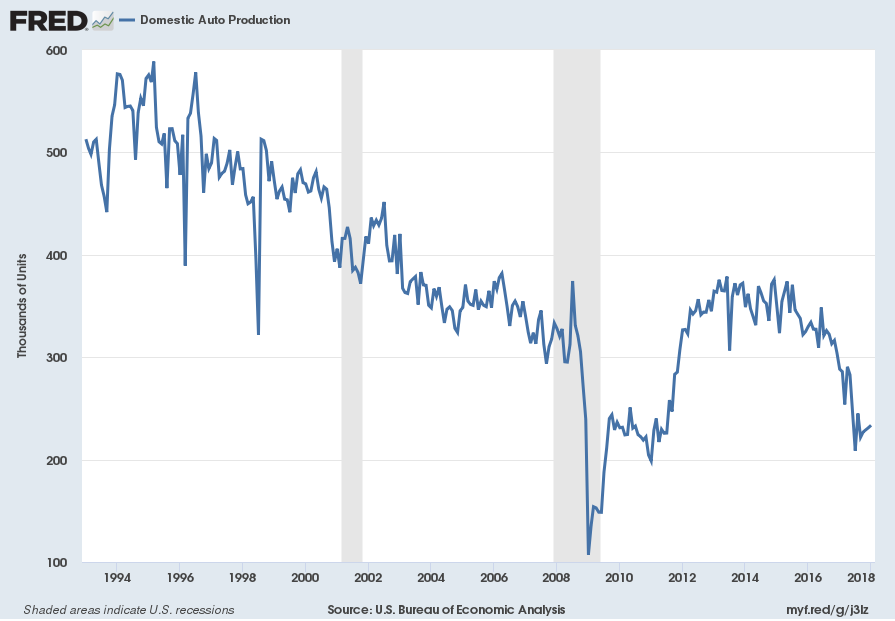 Another facet of economic activity is seen in the ratio of the  Conference Board’s Coincident Composite Index to the Lagging Composite Index.  I interpret the trends seen in this measure to be disconcerting, as the ratio has generally been sinking for years: 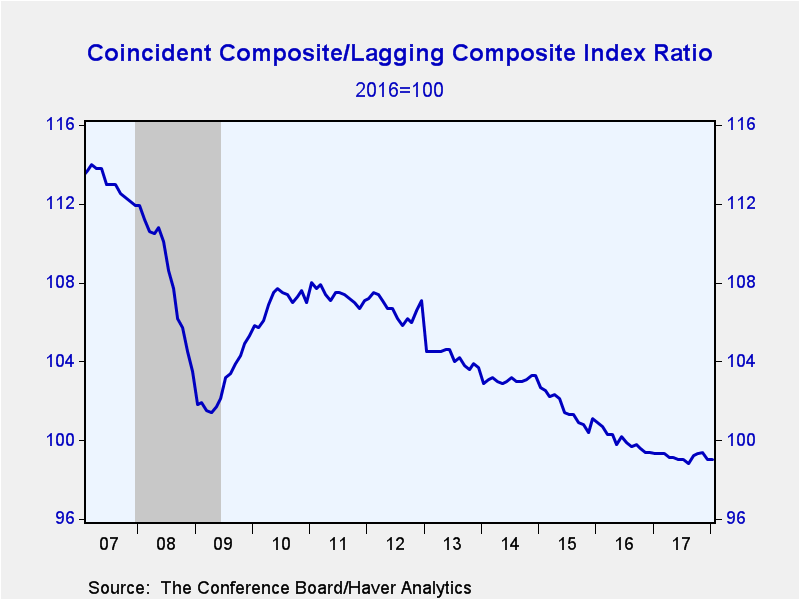