The February NFIB Small Business Optimism report was released today, March 13, 2018. The headline of the Economic Trends report is “Small Business Economy Heats Up After Years On The Sideline.”

The Index of Small Business Optimism increased in February by .7 points to 107.6.

Small business owners are showing unprecedented confidence in the economy as the optimism index continues at record high numbers, rising to 107.6 in February, according to the NFIB Small Business Economic Trends Survey, released today. The historically high numbers include a jump in small business owners increasing capital outlays and raising compensation.

Job creation remained strong in February, as reported in the NFIB February Jobs Report, released last week. Finding qualified workers remained as the number one problem for small business owners, surpassing taxes and regulations which have held the top two spots for years. 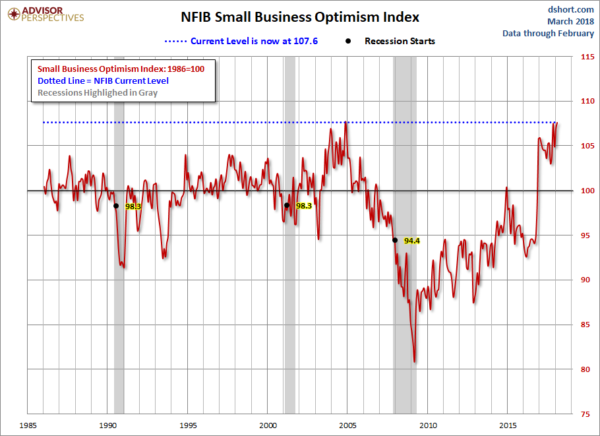