Doug Short, in his May 23, 2017 post titled “April Real Median Household Income Shows Encouraging Growth,” produced the chart below.  It is based upon data from Sentier Research, and it shows both nominal and real median household incomes since 2000, as depicted.  As one can see, post-recession real median household income (seen in the blue line since 2009) remains worrisome. 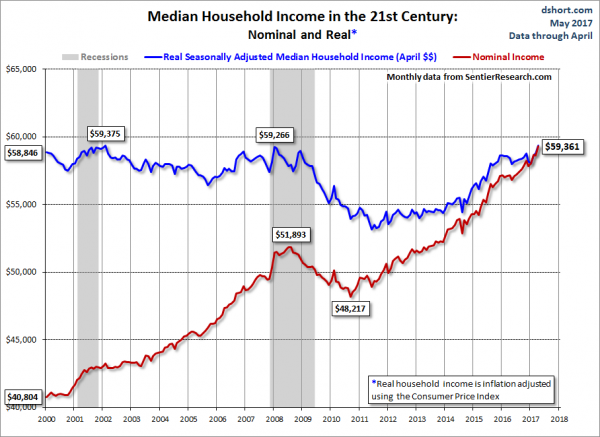 As Doug mentions in his aforementioned post, regarding the change in real median household incomes:

Among other items seen in his post is a chart depicting each of the two (nominal and real household incomes) data series’ percent change over time since 2000.