The first chart shows the monthly change in Total Nonfarm Payrolls from the year 2000 through the current report of April 2017: 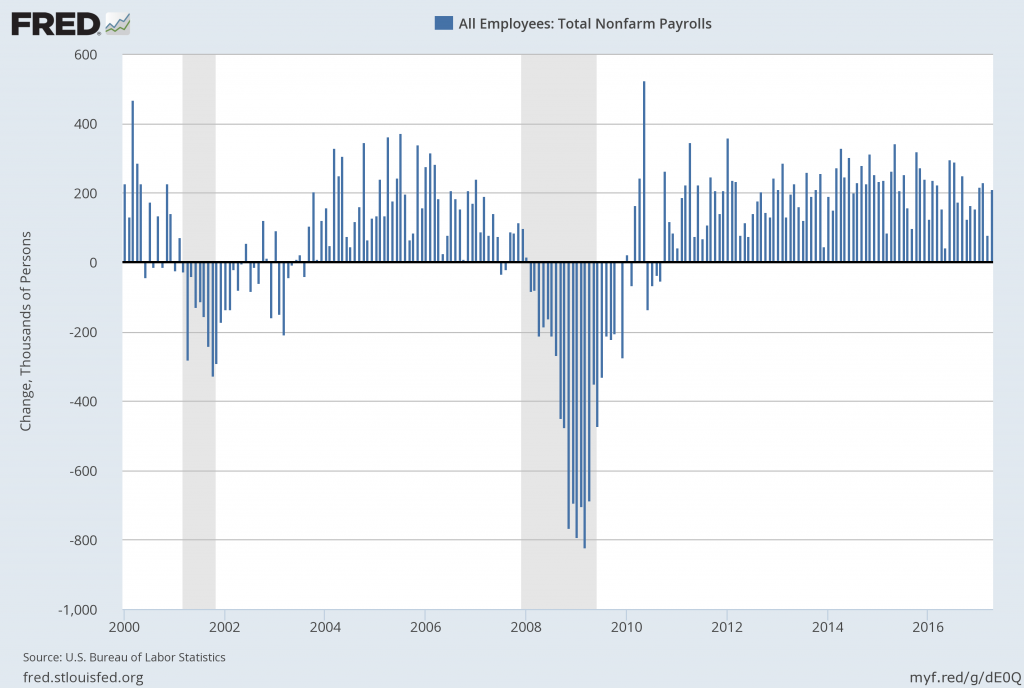 The second chart shows a longer-term chart of the same month-over-month change in Total Nonfarm Payrolls (reports of January 1940 through the present report of April 2017): 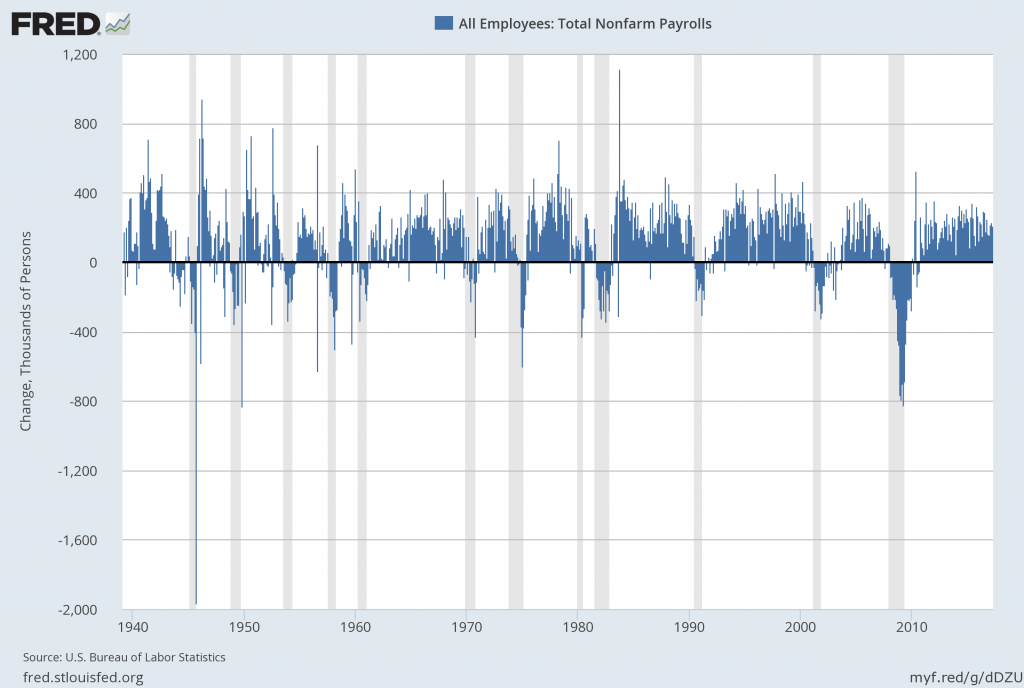 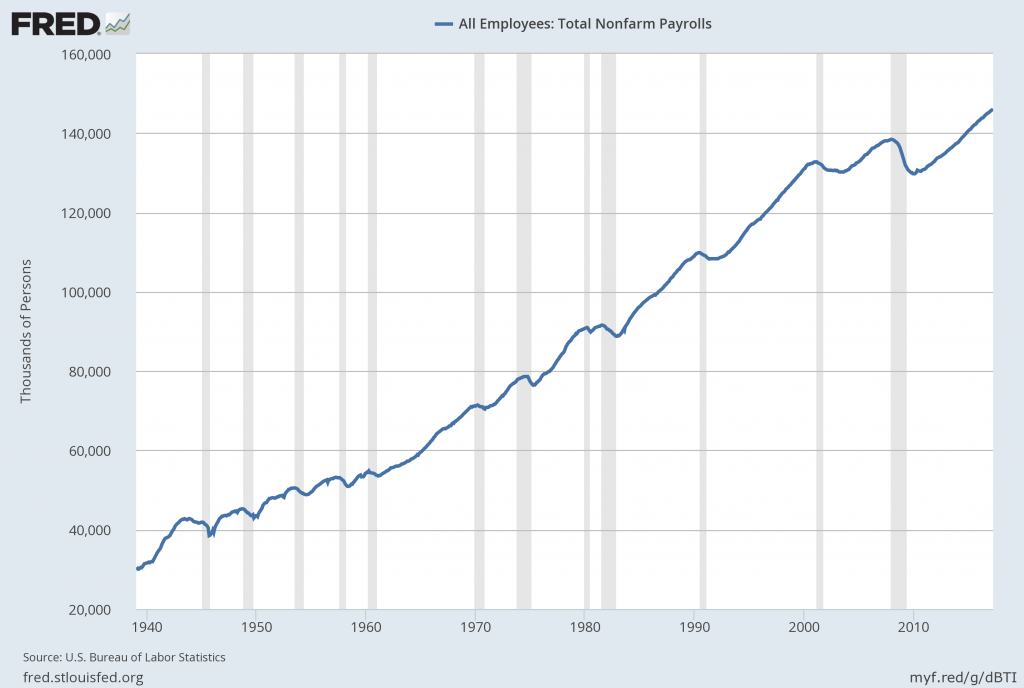 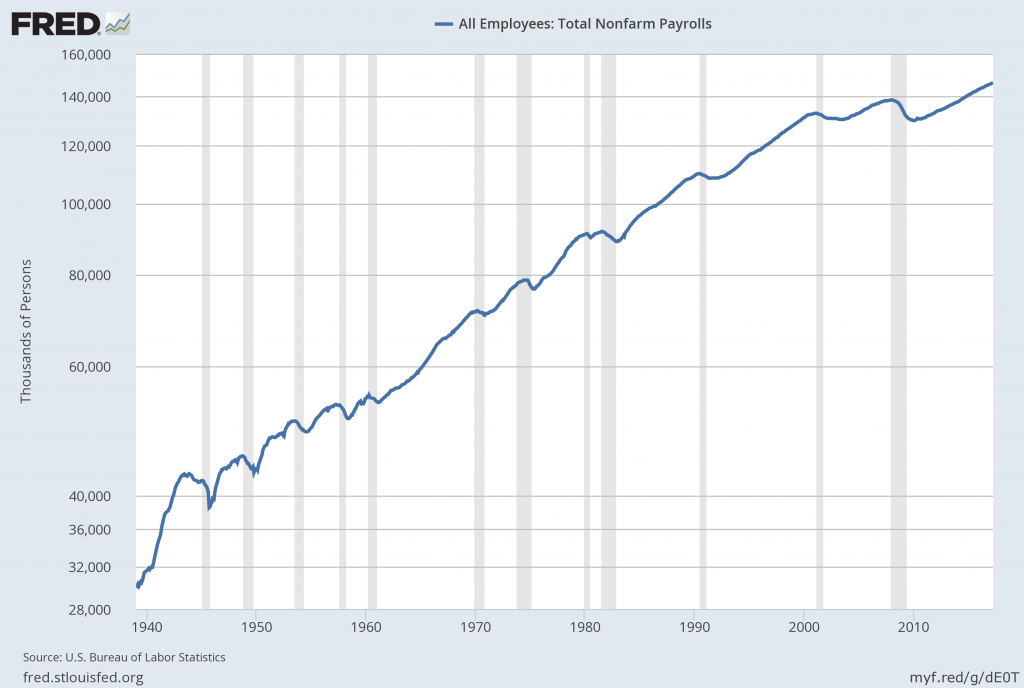 Lastly, the fifth chart shows the Total Nonfarm Payrolls number on a “Percent Change from Year Ago” basis from January 1940 – April 2017: 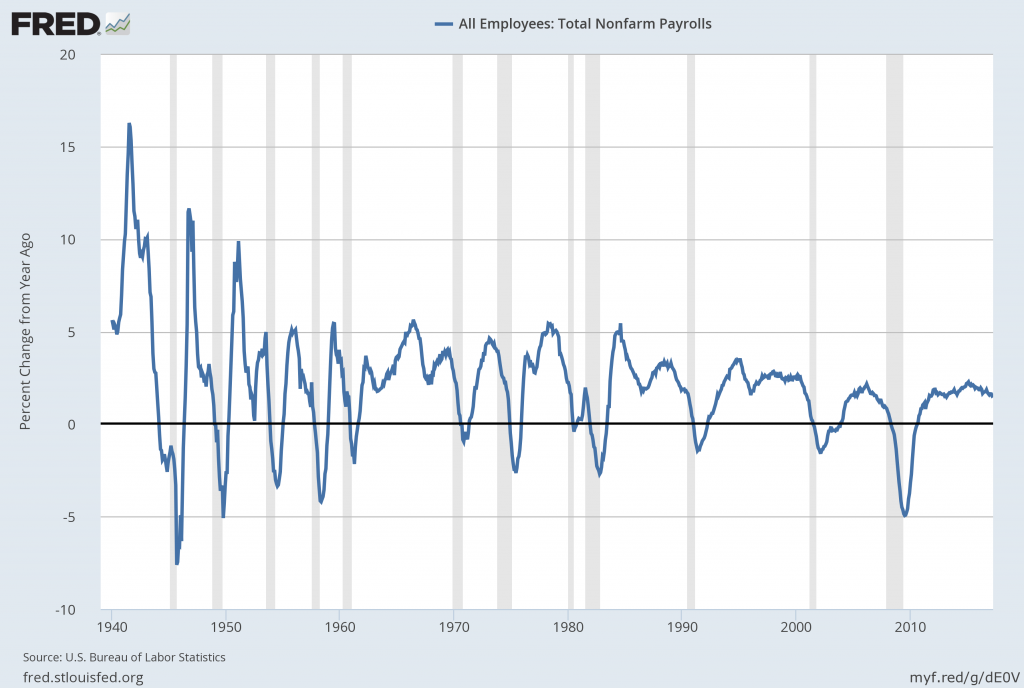