Throughout this site there are many charts of economic indicators.  At this time, the readings of these various indicators are especially notable.  While many are indicating economic growth, others depict (or imply) various degrees of economic weakness.

Below are a small sampling of charts that depict greater degrees of weakness and/or worrisome trends, and a brief comment for each.  (note: additional economic commentary is seen throughout this EconomicGreenfield.com site) 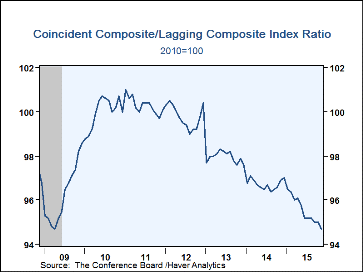 As depicted by the above chart the ratio of the Coincident Composite Index to the Lagging Composite Index has been sinking for years, and is not far from the lows seen in the chart. 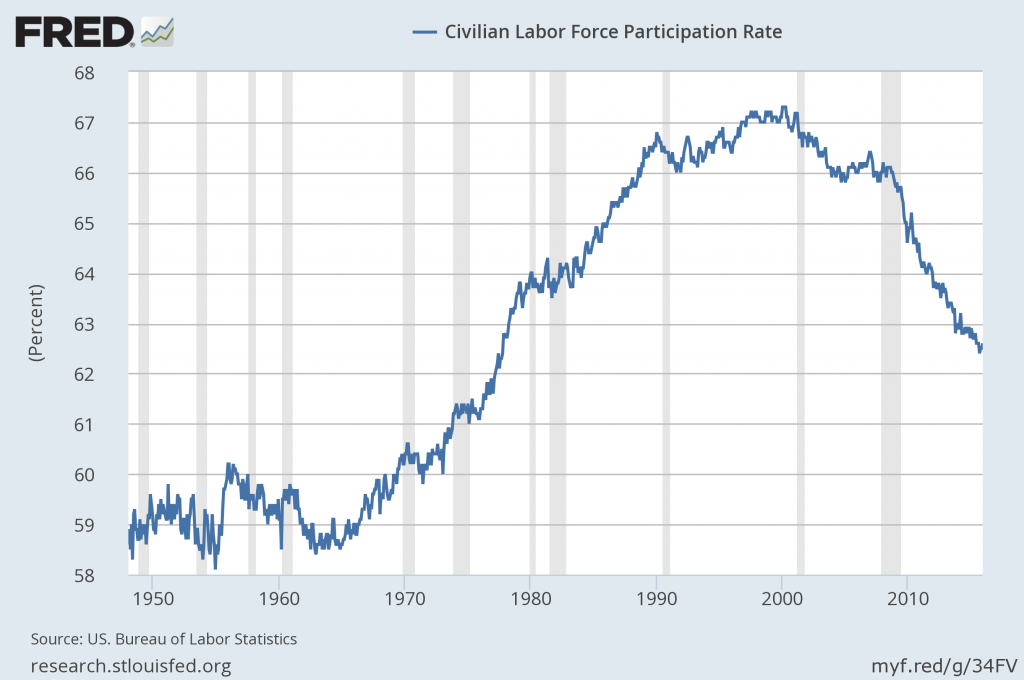 The underlying dynamics of the unemployment situation, including that of the Labor Force Participation Rate shown above, remain exceedingly worrisome.    These dynamics are numerous and complex, and greatly lack recognition and understanding, especially as how, from an “all-things-considered” standpoint they will progress in an economic and societal manner.

Inflation, as depicted by the PCE Price Index:

As depicted above, the shortfall between the Federal Reserve’s stated inflation target (2% on the PCE Price Index) and the actual inflation reading continues.  The level of current inflation and the possibility of deflation is a vastly complex topic, and as such isn’t suitably discussed in a brief manner; however, I continue to believe that outright sustained deflation will occur. 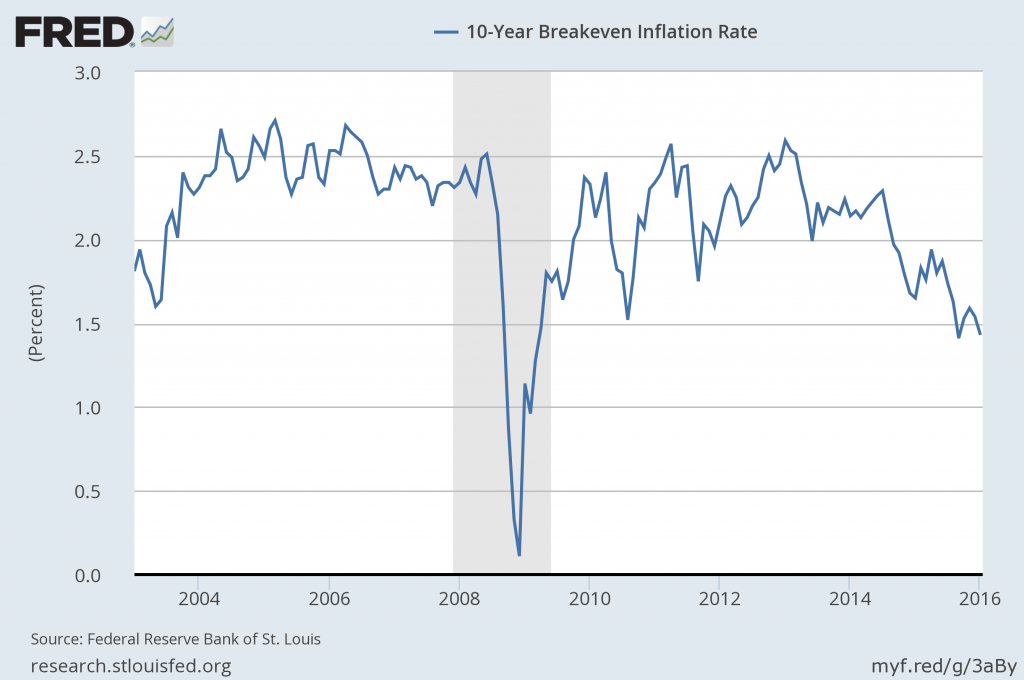 There are many measures of inflation expectations, broadly categorized into two groups – “market-based” measures (such as that seen above) and surveys concerning expected inflation.

Current readings of the “market-based” and future inflation surveys range from steady to – as seen in the “10-Year Breakeven Inflation Rate” chart above – declining.

“Deflationary Pressures,” as seen in the Bloomberg Commodity Index:

source:  chart courtesy of StockCharts.com; chart creation and annotation by the author

For comparison, one can compare the above indicators to that of various broad-based measures of economic activity, such as the Chicago Fed National Activity Index (CFNAI) and the Aruoba-Diebold-Scotti Business Conditions Index (ADS Index).  These were depicted in the January 15, 2016 post titled “Broad-Based Indicators Of Economic Activity.”  For further reference, below is the chart of GDP through the Third Estimate of 3rd Quarter GDP:

As seen before and during the Financial Crisis, it should be noted that how economic weakness propagates in the current economic paradigm is complex and, to almost all involved, unpredictable in both timing and extent.