This post is the latest update to a series of blog posts seen on the CalculatedRisk.com blog.  The original blog post of April 12, 2010, is titled “Recession Measures.” In it, Bill McBride discussed key measures that the NBER uses to determine recoveries, and posted four charts.

Here are those charts, updated in his January 18, 2014 post titled “Recovery Measures – Three out of Four Ain’t Bad.”  The charts are constructed in a fashion different than most – in a “percent of peak” fashion.  As defined, “The following graphs are all constructed as a percent of the peak in each indicator.  This shows when the indicator has bottomed – and when the indicator has returned to the level of the previous peak.  If the indicator is at a new peak, the value is 100%.”  Periods of recession, as defined by the NBER, are shown as blue bars. 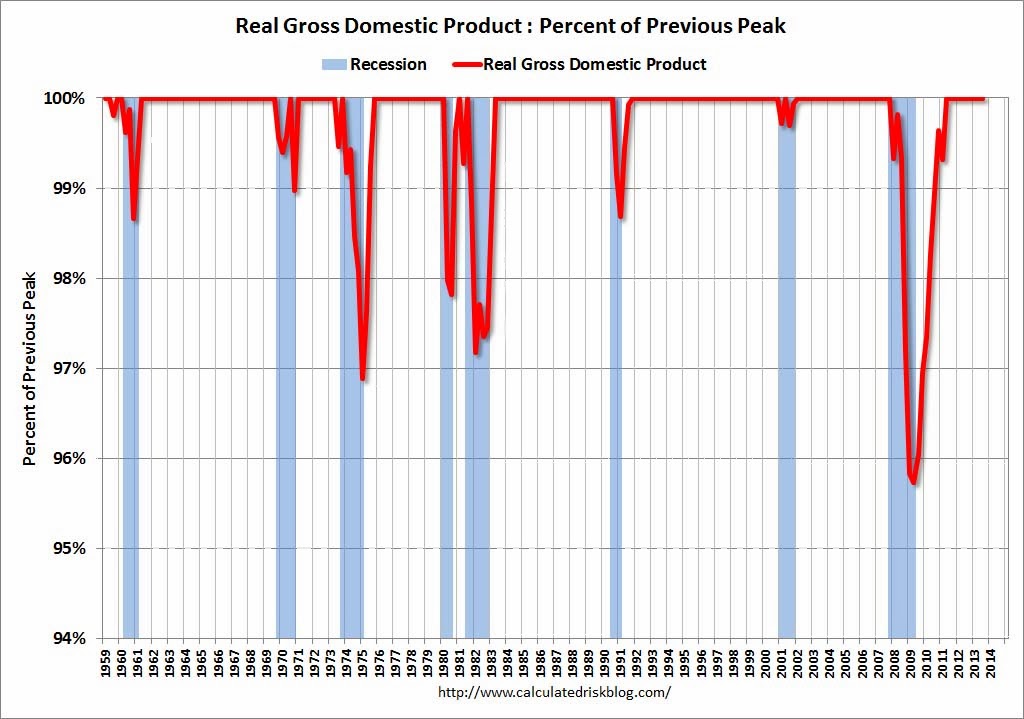 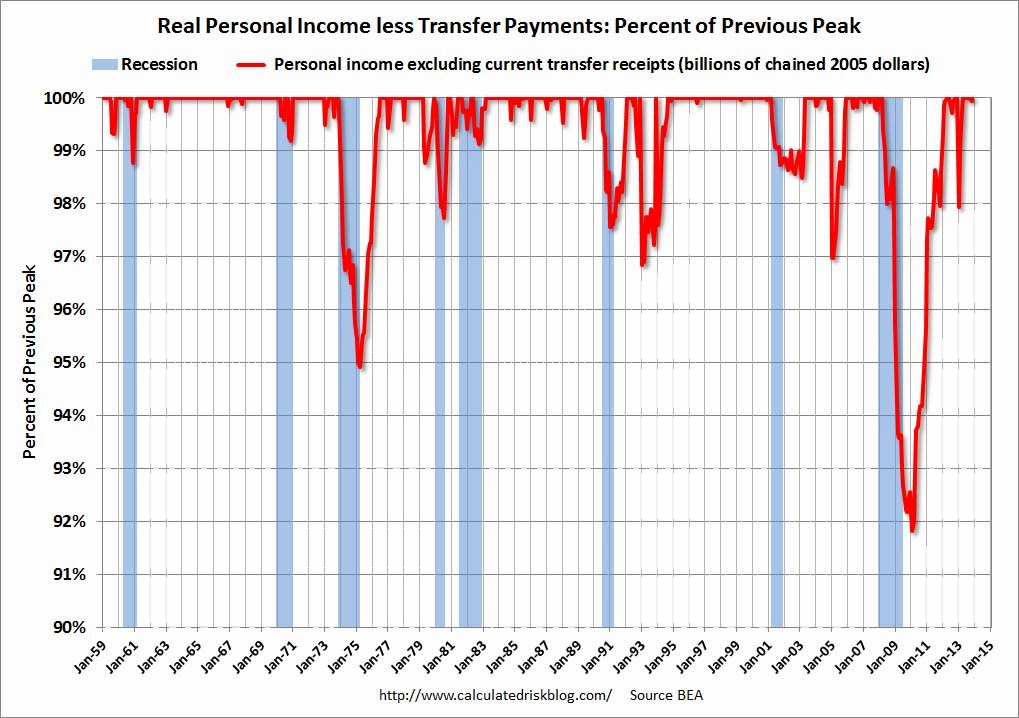 Industrial Production, above its pre-recession peak : 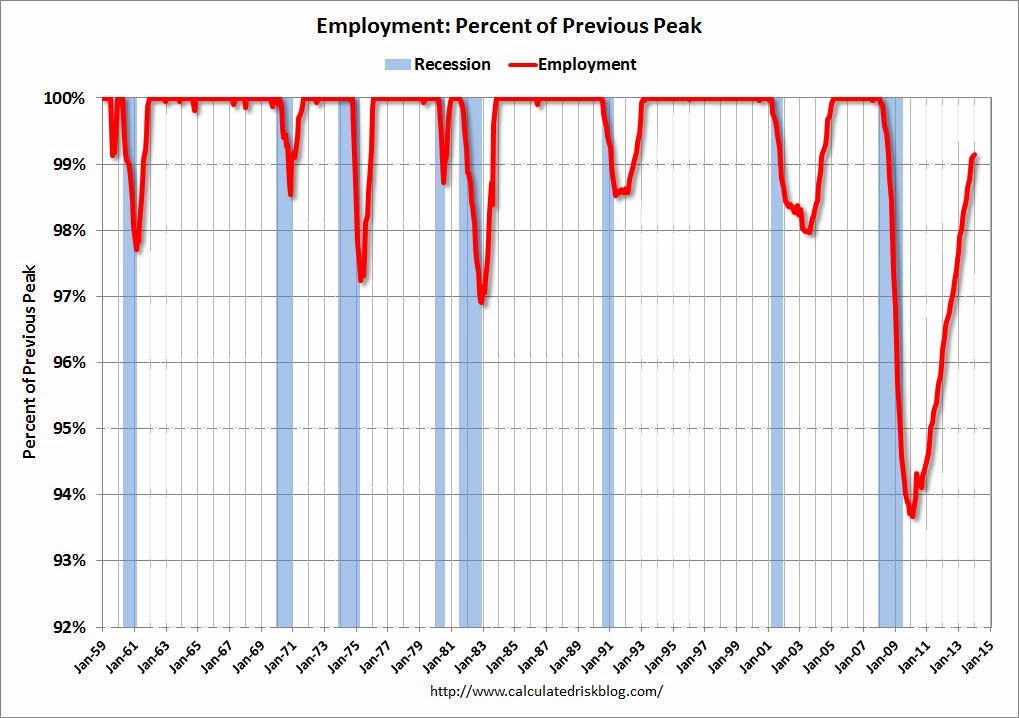