The following chart is from the CalculatedRisk blog post of March 7, 2013 titled “Fed’s Q4 Flow of Funds:  Household Mortgage Debt down $1.2 Trillion from Peak.” It depicts Total Household Net Worth as a Percent of GDP.  The underlying data is from The Federal Reserve Flow of Funds 4Q 2012 report: 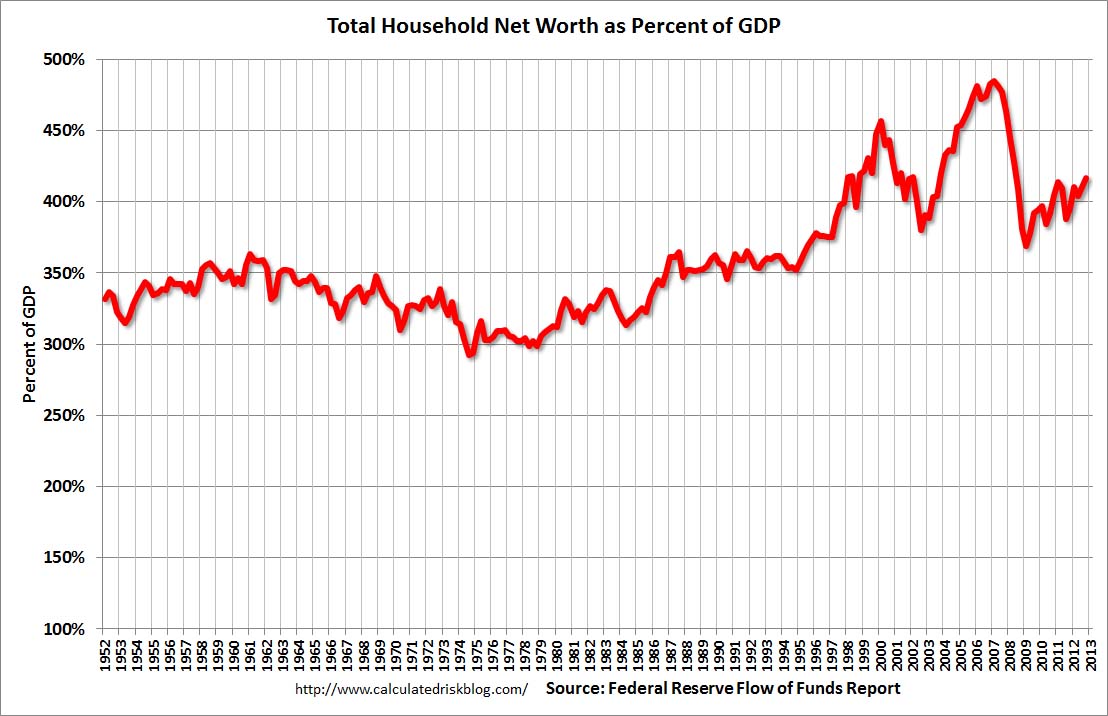