The January NFIB Small Business Optimism was released February 14.  The headline of the Press Release is “Small Business Confidence in a Lull.”

The Index of Small Business Optimism increased .1 points in January, rising to 93.9.

Historically, optimism remains at recession levels. While owners appeared less pessimistic about the outlook for business conditions and real sales growth, that optimism did not materialize in hiring or increased inventories plans.

The net percent of owners expecting better business conditions in six months was a negative 3 percent, 5 points better than December but still 13 percentage points below last year’s reading. Not seasonally adjusted, 18 percent expect deterioration (down 4 points), and 22 percent expect improvement (up 7 points). A net 10 percent of all owners expect improved real sales volumes, up 1 point and the strongest reading since the beginning of the year. Twenty-two percent report “poor sales” as their top business problem, down 1 point, but still the top business problem reported. 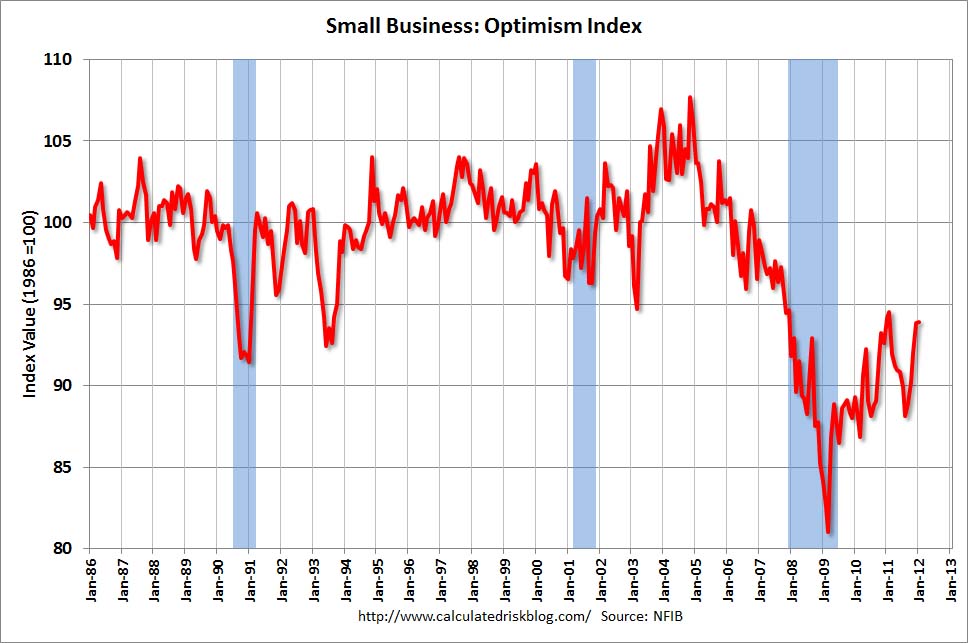 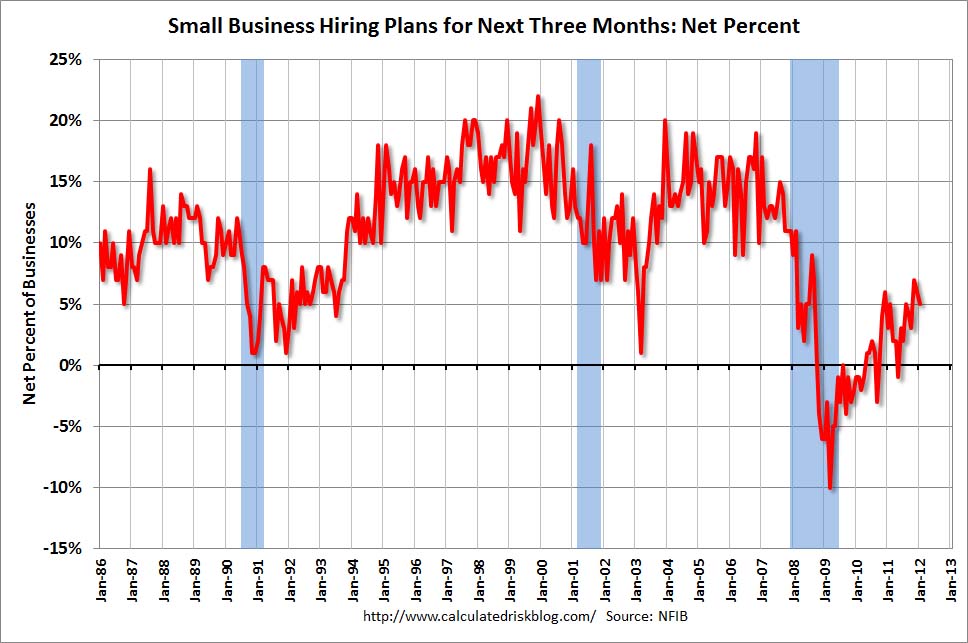 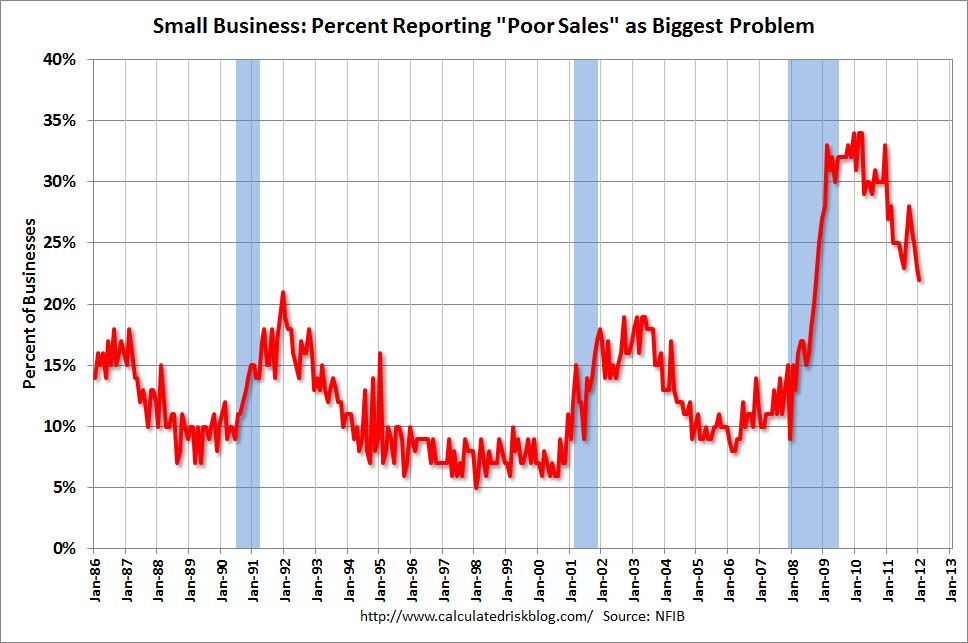