The Index of Small Business Optimism increased 1.3 points in October, rising to 90.2.

“Consumer sentiment remains at very low levels and is reflected in the 26 percent of small business owners who cite ‘poor sales’ as their biggest problem,” said NFIB Chief Economist Bill Dunkelberg. “There is no exuberance in spending, as consumers ‘make do’ rather than spend their increased savings in upgrades or new purchases. It’s that extra spending that would provide small business owners a reason to hire and order more inventory, the best stimulus we could have. But confidence is the key and right now there isn’t much.”

October’s survey shows that optimism improved a smidge, but mostly because the outlook for business conditions and real sales growth became less negative. However, these two Index components are still solidly negative and at recession levels. 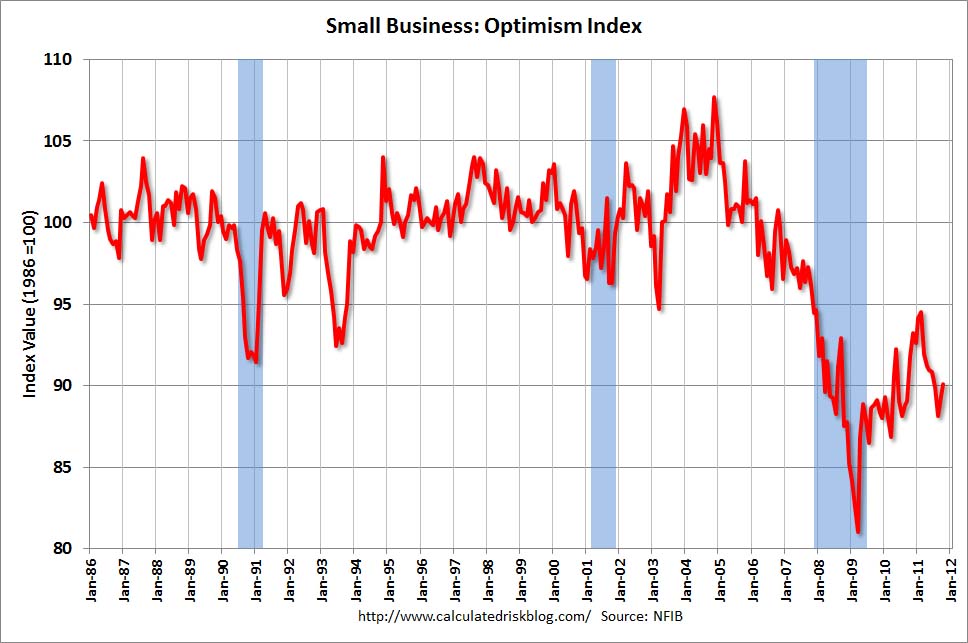 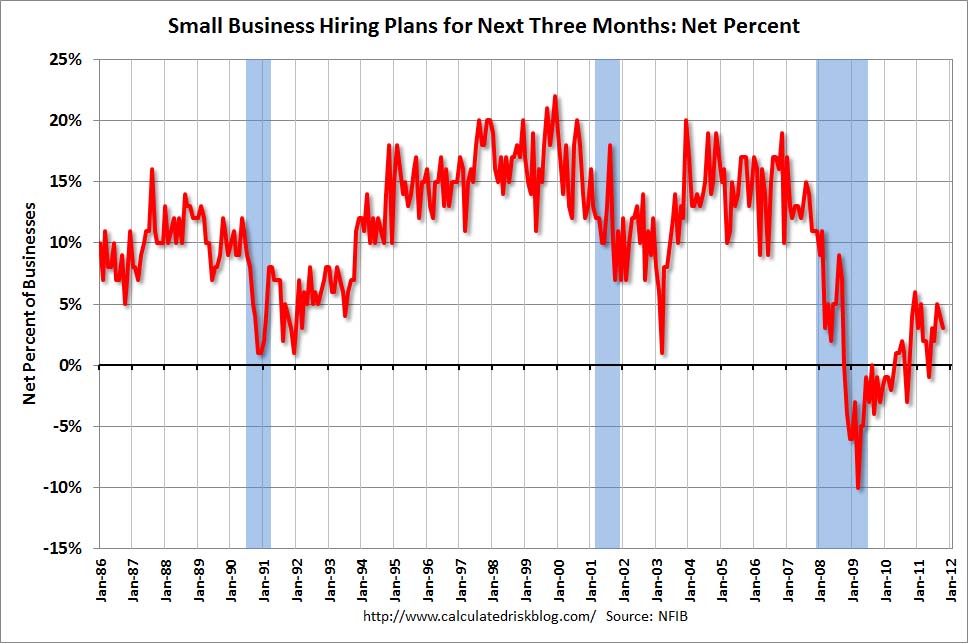 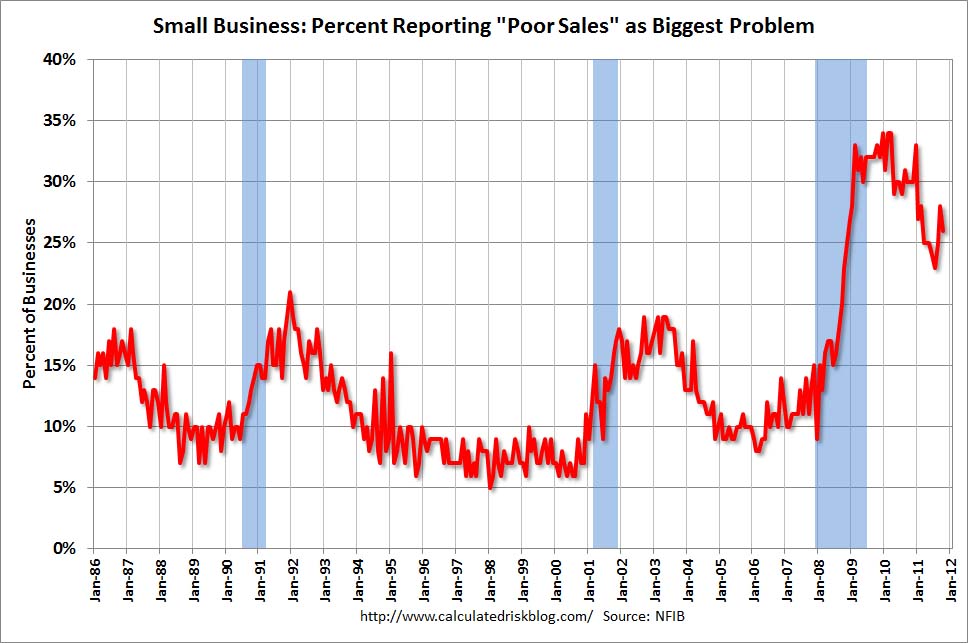