The Index of Small Business Optimism declined .1 points in June, falling to 90.8.

Earnings trends for small businesses remained distressingly negative in June, particularly given that the recovery is now beginning its third year. According to today’s report, 69 percent of the owners view the current period as a poor time to expand and 75 percent of those blame the weak economy for their outlook, while 10  percent cite political uncertainty.

The sales outlook for small firms continues to look grim as expectations have declined for 4 months in a row and “poor sales” continues to be the #1 problem for owners in operating their business.    The net percent of owners expecting higher real sales fell 3 points to a net 0 percent of all owners (seasonally adjusted), 13 points below January’s reading. The net percent of all owners (seasonally adjusted) reporting higher nominal sales over the past 3 months improved 2 percentage points, rising to a net negative 7 percent, more firms with sales trending down than up.

Access to credit remains a limited problem as it continues to affect a small percentage of owners.  Three percent of owners reported financing as their #1 business problem and 91 percent reported that all their credit needs were met or that they were not interested in borrowing. 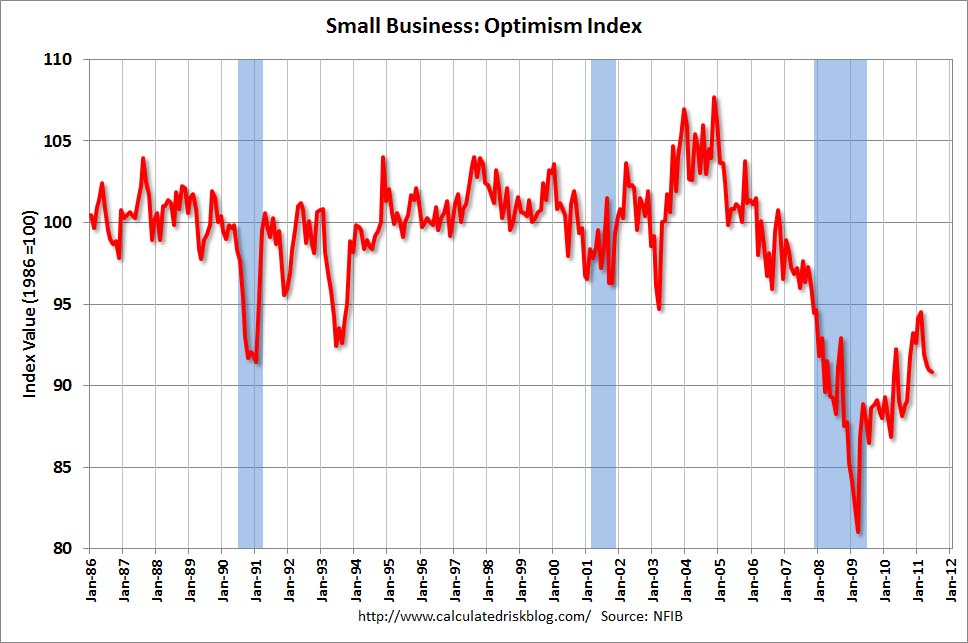 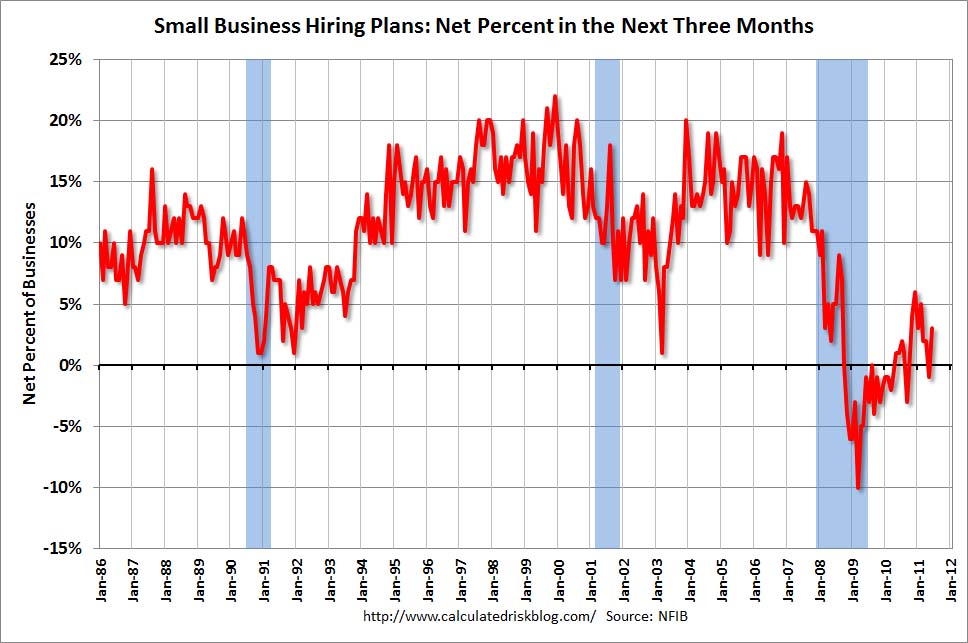 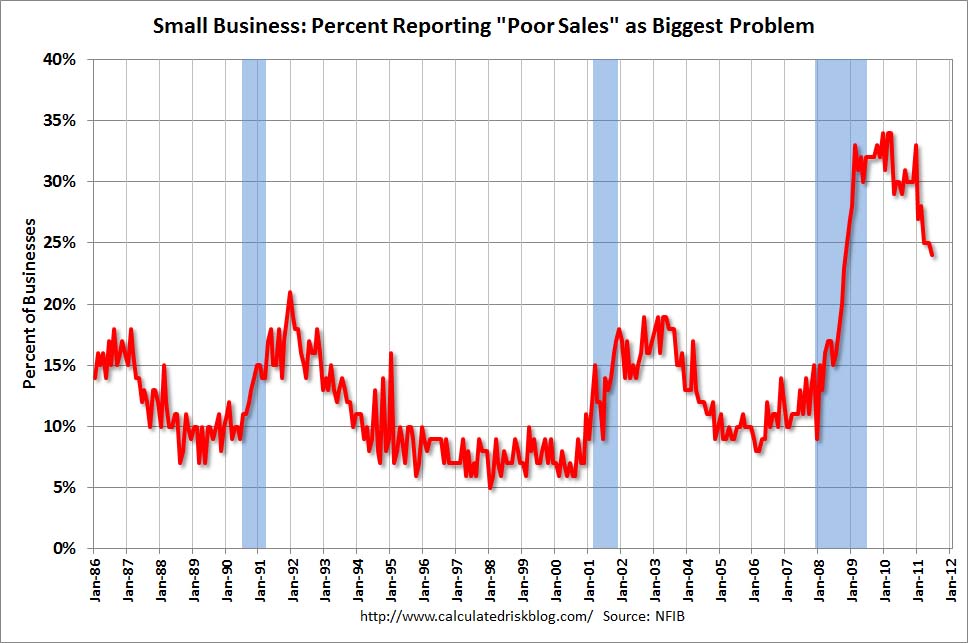