I continue to believe that the “lagging” prices of various financial stocks is highly notable.  Here is a chart that I created a while ago that provides another view of the poor “price action” of the financial stocks vs. that of the entire stock market, as depicted by the S&P500: 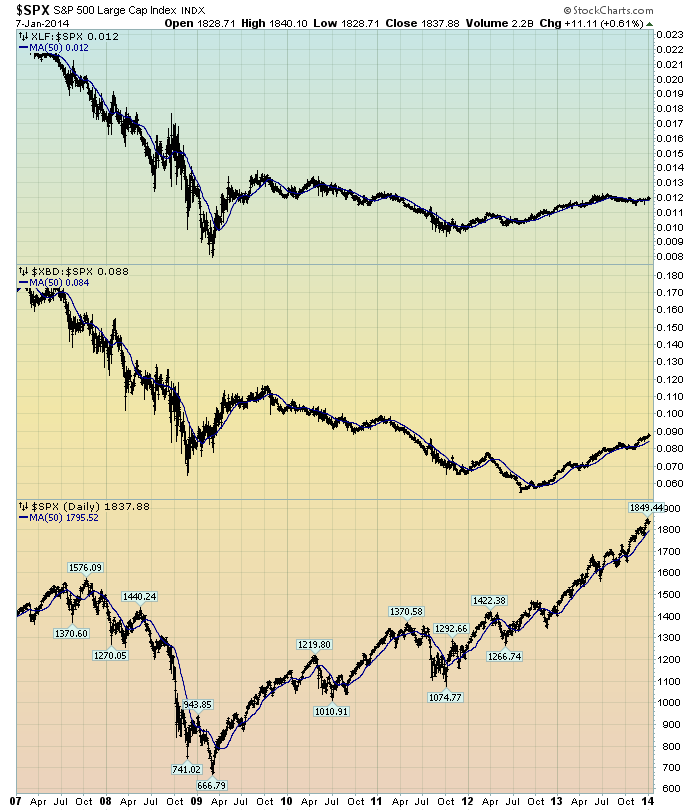 The above chart is depicted on a daily basis since 2007.   On each of the three plots, a blue line depicts the 50dma for perspective.