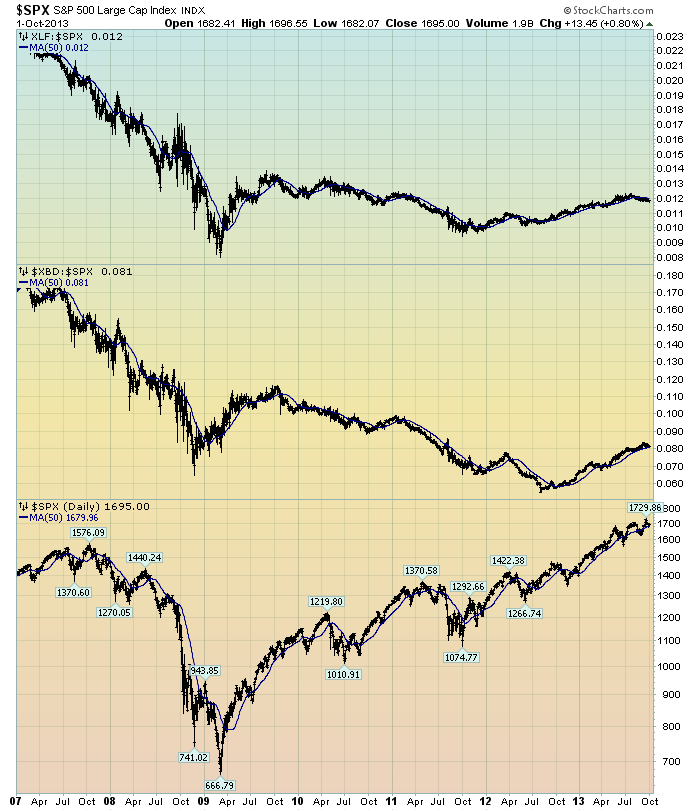 The above chart is depicted on a daily basis since 2007.   On each of the three plots, a blue line depicts the 50dma for perspective.

As one can see, there has been an interesting progression of the relative price of the XLF (Financial SPDR) vs. the S&P500, as seen in the top of the chart.  In the middle of the chart, the same can be seen in the $XBD (Broker/Dealer Index).  The price of both the XLF and $XBD remain subdued relative to past levels, even though the price increase of the S&P500 (plotted on the bottom of the chart) has been robust.